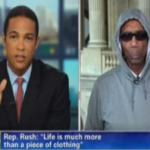 From Mediaite: Rep. Bobby Rush (D-IL), fresh from his appearance on the House floor in hoodie and dark sunglasses in solidarity with slain Florida teen Trayvon Martin, appeared on CNN with Don Lemon again in hoodie and sunglasses. “This family lost a son, but they have gained a whole generation of children who are protesting in the streets, walking out of schools – they are doing what they need to do to make their voices heard” said Rep. Rush. “They do not want to be the next Trayvon Martin.” Read the full post here. 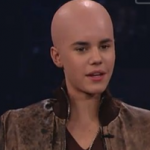 Gossip Cop refutes: “Mop-top Justin Bieber just nixed a hair-brained acting gig — and a six-figure fee — to make a quickie cameo appearance on ‘How I Met Your Mother’” as a shiny-skull BALD GUY!” declares the National Enquirer. Um… what? Apparently it’s far from true – especially because he wouldn’t actually have to shave his head, but only wear a skullcap. For the full post and pictures, click here. 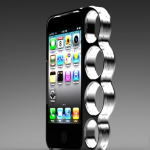 From Geekosystem: If you have a cellphone, you carry it with you everywhere, so you might as well make it do double duty as brass knuckles, right? Who really has the pocket space to carry both an intelligent cellular telephone and everyone’s favorite variety of fisticuff-enchancing brass implements. Well worry no more, because the iPhone 4 and 4s Knucklecase has you covered. For the low price of $99 dollars, you can buy this aluminum — not brass — case and feel safe in your really-not-bad-enough-that-you-need-brass knuckles neighborhood. The downside? Thedesign is hopelessly flawed. For the full post, click here. 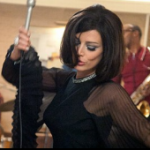 From Styleite: Mad Men’s season premiere this Sunday was a highly anticipated television event, but no one predicted that the star everyone would be talking about the next day would be Jessica Paré, who plays Don Draper’s new wife Megan. Styleite got to chat with Paré about her role on the show and, of course, the clothes. For the full post, click here. 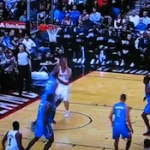 From SportsGrid: Poor 7-foot Joel Przybilla, getting blocked by the rim. Advancing age and bum knees have left him unable to get much lift, and although the fiery center will still challenge you to a fight in the parking lot, he won’t be able to convert an open dunk for you. The rejection that immediately follows the one at the rim (courtesy of Serge Ibaka) is only slightly less sad, because it was done by an actual person. Watch the footage here. 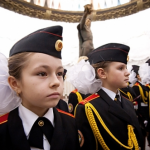 From The Mary Sue: I don’t know about you, but growing up watching shows like Xena, La Femme Nikita, and Buffymade me yearn to be a badass. If only there were someplace I could learn how to do that. There is. In Russia. Photographer Sergey Kozmin was allowed into the Moscow Female Cadet Boarding School No. 9 to show the students at their everyday activities: dancing, exercise, and firearms class. Take a look at what he had to say about the place here.

From The Jane Dough: Obama’s “Sexy and I Know It” Mash-Up Pales in Comparison to Romney “Slim Shady” video. Enough said. Watch both here.