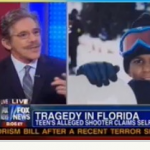 From Mediaite: It’s amazing to think that it was only four days ago that Geraldo Rivera told the hosts of of Fox & Friends that the hoodie that Trayvon Martin was wearing the night he was shot was “as much responsible for Trayvon Martin’s death asGeorge Zimmerman was.” He is now apologizing for the comment, which was publicly denounced by a number of people, including Rivera’s own son. For the full post, read here. 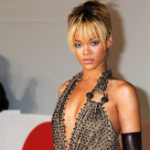 The rumor mill never seems to rest on the topic of notorious exes Rihanna and Chris Brown. The latest rumor, refuted by GossipCop, comes from the Australian Daily Telegraph, claims Rihanna will join Brown onstage when he headlines theSupafest Music Festival in April. According to the report, which has been picked up by a number of blogs, “The controversial duet is believed to be in the works for the Supafest music festival on Saturday, April 14, in Brisbane.” Read the full post here. 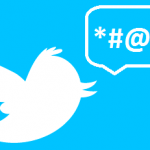 From Geekosystem: There are a lot of ways to get in trouble in high school and, unfortunately, high schoolers tend to be prone to getting in trouble. Between things like skipping class, senior pranks, general goofing off, and skipping class, I think it’s fair to say most of us got in some kind of trouble or another. It takes a lot to get expelled though; that’s reserved for the real neer-do-wells, right? Apparently not at Indiana’s Garrett High School, where Austin Carroll – a senior just three months from graduation — was expelled due to the school’s overzealous tweet monitoringfor tweeting the most harmless kind of profanity from his personal account. For the full post, read here. 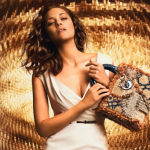 Styleite reports: Who knew the the Communist Party Headquarters in Paris was such a hit with the fashion crowd? The Oscar Niemeyer-designed building was used for Thom Browne‘s first Paris fashion show, a Dries Van Noten runway show, and even a swanky Prada party back in 2001. Now the iconic site is featured in Dior‘s newest ads for the Lady Dior bag, starring Marion Cotillard and shot by Peter Lindbergh. For the full post, read here. 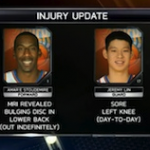 From SportsGrid: Al Trautwig says “bulging dick.” Oh, bulging disc. Not only are you the nemesis of numerous pro athletes, but you’ve been known to make life difficult for many an announcer as well. Indeed, there’s something about your pronunciation, bulging disc, that makes it nearly impossible for people on television not to say “bulging dick.” MSG’s Al Trautwig was the latest TV man to fall victim to the phonetic mishap, when describing Amar’e Stoudemire’s current ailment. To watch the clip, read here. 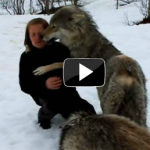 From The Mary Sue: A lady named Anita socialized with a pack of wolves at the Polar Zoo in Salangsdalen, Norway for some time back in 2008. Then she went away for two months. Then she came back and they told her how much they missed her. I almost can’t stand the cuteness, I just keep screaming “WOLFIES!!” in my head. Apparently this is their thing at the zoo, socializing. You kind of have to see it to believe it. Read the full post/watch the video here. 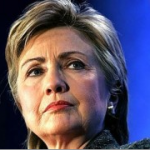 From The Jane Dough: There are a lot of things that apparently disqualify women from being feminists these days. Wearing heels, putting on lipstick, and compromising for your spouse’s career. Falling into the third category won’t fly by Daily Beastblogger Andrew Sullivan, who said on Bill Maher’s HBO program late last week that Secretary of State Hillary Clinton is “not a feminist” for “[subordinating] herself to her husband’s career in politics.” For the full post read here.