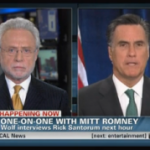 From Mediaite: In what will surely be packaged and replayed as as “yet another” presidential candidate’s gaffe all throughout the week (And we have months to go, people! Months!), Mitt Romney referred to Russia as the United State’s “number one geopolitical foe” after being asked by CNN’s Wolf Blitzer to weigh in on President Obama’s “hot mic” moment from earlier. For the full post and links, click here. 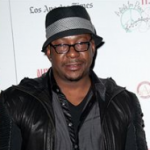 Bobby Brown was arrested on suspicion of DUI in Los Angeles on Monday, Gossip Cop confirms.The California Highway Patrol pulled over the singer shortly after noon and administered a sobriety test. When Brown blew a 0.12, he was taken into custody and locked up in the Van Nuys jail. For the full post, click here. 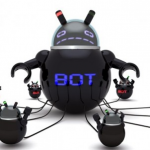 From Geekosystem: Last Friday, Microsoft employees, along with some U.S. Marshals, raided office buildings in Scranton, Pennsylvania and Lombard, Illinois and seized servers thought to be used bybotnets for identity theft. The botnet in question is related to Zeus malware, which utilizes keyloggers to snag users’ financial information and is thought to be responsible for around 13 million infections across the globe. That’s part of the reason Microsoft took the initiative to handle things personally; the other part was trademark infringement. For the full story, read here. 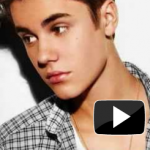 Case of the Mondays? Styleite provides us with not one but two pieces of delightfully upbeat news in music. First up is Azealia Banks’ latest, “Fuck Up The Fun”, which a friend of ours described as “laughably awesome”. The drums! The rapid-fire rhymes! Also, it was produced by Styleite crush/total jerk Diplo. And then there’s Justin Bieber channeling that other Justin in the Timberlake-infused “Boyfriend”. The lyrics are questionable (Swag swag swag, on you / Chillin’ by the fire while we eatin’ fondue), but the chorus is like crack. For context, it was produced by the less crushworthy Mike Posner.  Listen to both here. 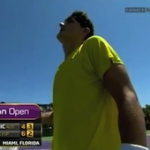 During a loss on Saturday to David Ferrer, young Bernie Tomac, SportsGrid reports, added to his collection of interesting moments when he asled the chair umpire to remove his overbearing father from the stands.“He’s annoying. I know he’s my father, but he’s annoying me,” Tomic told chair umpire Cedric Mourier. Fast forward to the 1:35 mark in this video here to see it. 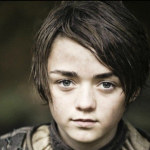 From The Mary Sue: Oh Arya Stark, we adore you. That’s why we decided your picture would go first in this new series of images from Game of Thrones Season 2. And also because you make the latest trailer for the show incredibly awesome. Watch it here. 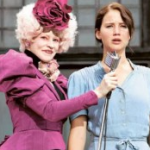 From The Jane Dough: In the past few years, “curvy” actresses — or rather those who don’t fit the standard size two Hollywood mold — have started to be appreciated by the media, but not without their bodies being picked apart. The latest celebrity to endure evaluations for her figure is “Hunger Games” star Jennifer Lawrence, who some say is a tad too “big” to portray impoverished teenager Katniss Everdeen. Hm. Read the full post here.