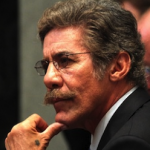 From Mediaite: Geraldo Rivera revealed on Friday that his own son Gabriel was ashamed of the Fox News anchor’s controversial remarks that Trayvon Martin’s hoodie was as much responsible for his death as George Zimmerman. “It’s not blaming the victim, it’s common sense – look like a gangsta & some armed schmuck will take you at your word,” he later tweeted. For the full post, read here. 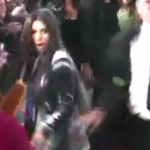 From GossipCop: Kim Kardashian responded to being flour-bombed on the red carpet Thursday night. “It was crazy,” she told “TMZ Live” on Friday. The reality star said of the incident, which was allegedly the work of an anti-fur activist, “Whatever your beliefs are… that’s bullying.” Kardashian also felt it’s hypocritical of the woman who attacked her to use violence in protesting violence against animals. For the full post, read here. 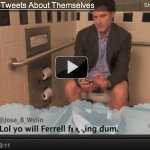 From Geekosystem: This digital age makes it painfully easy to connect with others. Social networking can help you stay in touch with your family across the globe, hunt down old friends, make new ones, and tweet really insulting things at celebrities. I don’t know about you, but that last one is my favorite by far. In celebration of Twitter’s 6th birthday, Jimmy Kimmel arranged for a few celebrities to come on TV and read a few offending tweets aloud. I’ll leave you to watch how it unfolds on your own, but let’s just say those tweets get de-fanged pretty easily.Watch it here. 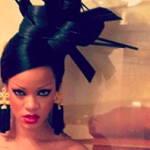 From Styleite: As much as I love Rihanna, her music, and her edgy style, I have a bone with pick about her latest TwitPic.The superstar tweeted several photos while on the set of the music video with Chris Martin for “Princess of China.” The picture itself is de rigueur for the popstar — the barely-there outfit, fierce hair and makeup, and badass ‘tude. For those who haven’t heard the number, it’s a sad song about wanting a man, but not getting him — pretty much the same thing as her recent songs. So why are we offended? Read the full post here. 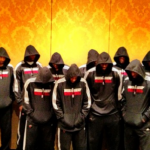 This photo, via SportsGrid, was tweeted out by LeBron James earlier today, with the hashtags #WeAreTrayvonMartin #Hoodies #Stereotyped #WeWantJustice. According to the Palm Beach Post, James had been planning this for a few days. We should also point out that the only reason Mike Miller isn’t in this photo is because he wasn’t traveling with the team at the time. Read the full post here. 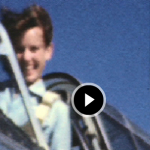 From The Mary Sue: Dawn Letson wasn’t in the U.S. Airforce during World War II but she knows a very interesting person who was. Alberta Kinney was a member of the Women’s Airforce Service Pilots (WASP) program, a group of civilian women pilots (1,074 at their peak but a whopping 25,000 applied) who were employed to fly military aircraft. And she just happened to have home video footage of herself and the rest of her squad that she passed on to the WASP collection. Take a look at Letson talking about her friend and her accomplishments and get a sneak peek at the footage here. 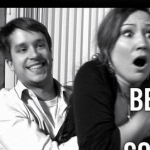 This is just a piece of the ad from Belvedere vodka, which you can now see on The Jane Dough‘s site. You just have to see it. Potentially the most offensive ad in recent memory. Check it out here.