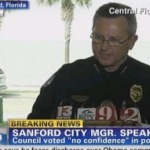 From Mediaite: Sanford, Florida city manager Norton Bonaparte Jr. held a press conference Thursday afternoon to address the ongoing investigation surrounding the shooting death of 17-year-old Trayvon Martin — in particular, the role of the city’s police chief, Bill Lee. Sanford’s local authorities have been the object of increased scrutiny as more details emerge about the night Martin was shot by 28-year-old self-appointed neighborhood watchman George Zimmerman, with Sanford police chief Bill Lee garnering a lot of scrutiny for his department’s handling of the case. Read the full post here. 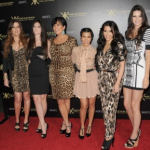 From GossipCop: “The elder Kardashian sisters are ‘hopping mad’ about the attention their mom Kris Jenner has lavished on Kylie and Kendall,” begins a piece in Reality Weekly. Rumor has it that the sisters are planning to fire their “momager” now. According to a supposed source for the tab, the three older sisters are “very upset” that momager  has been “busy promoting the careers of her youngest daughters. The mag claims the Kardashian gals believe Jenner’s time would be better spent “cleaning up the Kim/Kris Humphries’ marriage mess.” For the full post, click here. 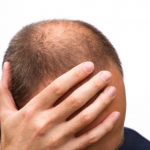 From Geekosystem: No one likes male pattern balding, especially males who have it or who are at risk for having it in the future. Fortunately for men in the future, and to the doubtless envy of men in the past, researchers at the University of Pennsylvania have made strides in discovering the main cause of male pattern baldness. Or one of the main causes, at least. The study involved examining the scalps of 20 bald men, poking around up there and seeing what was going on. Read about the study here. 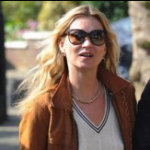 From Styleite: Want to see pictures of Kate Moss, leaving the house, apparently forgetting to both zip and belt her pants? And wear undergarments? Click here. 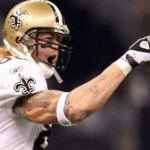 From SportsGrid: On the periphery of the Saints bounty scandal, and the severe punishments the NFL handed down for said scandal yesterday, is another controversy: who was the whistle-blower who initiated the NFL’s investigation into the Saints to begin with? Yesterday, that controversy took center stage thanks to Warren Sapp pretty much coming right out and saying it was former Saints tight end Jeremy Shockey. Read the full post here. 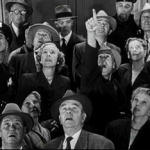 We here at The Mary Sue don’t endorse piracy, but we do endorse cool stuff, and even we have to admit The Pirate Bay’s latest plans for thwarting the internet censors look pretty durn cool. And by “cool” we mean “likely to terrify us, cause a cyber-war, and bring back apolcalyptic fashion.” The favored not-so-hidden den of internet pirates everywhere announced Sunday that it has launched “small drones” into the air in what Extremetech quipped will be “the first true example of cloud computing.” Read the full post here. 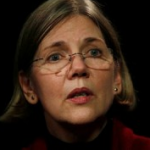 From Elizabeth Warren, via The Jane Dough: President Barack Obama resembles a fickle, commitment-phobic college kid right now. Nearly a year ago, he said his views on gay marriage, which he initially argued should be between a man and a woman, were “evolving,” leading many to conclude he was on the verge of taking a more progressive stance on marriage equality. Nine months have passed and we still don’t know how the president has progressed (or even regressed) in the evolution process. Read the full post here.