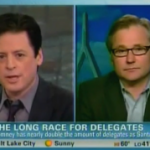 “Etch-A-Sketch-Y” reports Mediaite, referring to comment made by Romney’s own Communications Director Eric Fehrnstrom. It’s been a central, longstanding criticism of Mitt Romney  –  that he has been a flip-flopper, changing his views according to political convenience. Now that Romney’s (once again) running for president, it seems even his campaign can’t avoid pointing it out. During a Wednesday morning appearance on CNN — asked about concern of alienating voters by veering too far right — Fehrnstrom compared the campaign to an Etch A Sketch — you know, because you can erase everything and start all over once the general election campaigning starts up. Read the full post and watch the interview here. 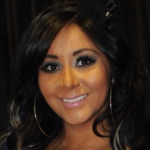 Jersey Shore without Snooki? Not likely, says GossipCop. Apparently, In Touch  magazine has reported on rumors that the tiny fireball (now pregnant) won’t be back on the show’s 6th season. “She may be infamous for boozing on the beach, but rest assured, an expectant Nicole “Snooki” Polizzi will be trading her daiquiris for diapers this summer,” begins the piece. The magazine then quotes its “insider” as saying, “It’s impossible to have a pregnant woman around all that mayhem.” Nothing from Snooki so far. Read the full post here. 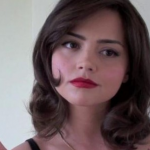 From Geekosystem: now we know who Dr. Who’s companion will be. We knew that the Doctor’s current companions, Amy Pond and her husband-and-secretly-best-character-on-the-show Rory Williams, are going to take their last trip through time and space sometime next season. Showrunner Steven Moffat let some very spoilery important details regarding the pair’s exit slip, but the new Doctor Who companion has been announced, so rather than focus on our beloved Amy and Rory leaving the show, we can focus on Jenna-Louise Coleman taking their gig. Read the full post here. 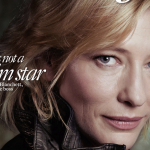 From Styleite: Intelligent Life — The Economist‘s lifestyle and culture mag — went where few (but increasingly more!) glossies have gone before: the unairbrushed cover. Cate Blanchett fronts the latest issue of the bi-monthly, a cover choice explained by Intelligent Life editor Tim de Lisle on the magazine’s website. Read what de Lisle had to say here. 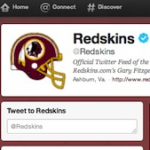 SportsGrid reports on what is officially the bitchiest official, professional sports team Twitter account out there. Apparently, it’s the Redskins’. Tweeting on the Tebow-to-the-Jets deal, someone behind the scenes there is tweeting some awfully unprofessional-sounding stuff. For the full post, read here. 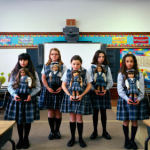 From The Mary Sue: When photographer Ilona Szwarc moved from Poland to New York City, she says that American Girl dolls immediately caught her eye. ”Photographically it was a beautiful image – girls with their sculptural representations, their twins, their avatars. I realized that their design embodies contemporary cultural values. They were conceived to be anti-Barbie toys modeled after a body of a nine year old.” Read about her impression of this cultural element and see the beautiful photographs here. 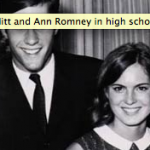 From The Jane Dough: If we’ve learned anything from this rollercoaster of a GOP primary season, it’s that a person’s high school identity determines basically nothing about their future success. The three top contenders couldn’t have been more different in their teen years. Read about what each was like – but better still, look at photos – here.