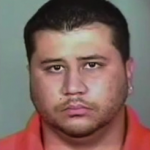 From Mediaite: No matter how you look at it, the killing of Trayvon Martin is an ugly story that touches on any number of touchy subjects: vigilantism; gun control; police misconduct; the controversial “Stand Your Ground” law; and the touchiest of all, race. This case should not just be seen as a “back problem,” but a case we all follow closely. However, the story is inexorably tied to so many issues and likely all the more so that now some are claiming to have heard the shooter, George Zimmerman, grumbling racial slurs of the worst kind in the 911 call he made before killing Martin. Read the full post here. 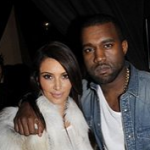 Kim Kardashian, according to GossipCop, quashed rumors about a romance between her and Kanye West during a radio interview with Ryan Seacrest Tuesday, telling the host self-deprecatingly, “I think I’m still married.” Kardashian also told Seacrest, “I’m really just focusing on work. I know I always say this, but I’m trying to just get through my situation and just have fun.” And she is not adopting a baby. To listen to the interview and read the full post, click here. 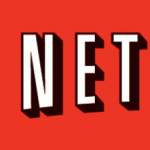 From Geekosystem: There’s been something of a trend lately when it comes to Terms of Service agreements. More and more, companies seem to be using these fine print agreements to force users to agree to things they might not be too keen on. Things like giving up their right to participate in a class-action lawsuit. AT&T did it. Sony did it. So did Microsoft. Now Netflix is doing it, too. Read the full post about the changes here. 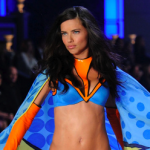 From Styleite: Adriana Lima is the latest Victoria’s Secret hottie to announce that she’s expecting. She joins fellow models Lily Alridge and Alessandra Ambrosio and there’s no doubt that their kids will make the best lookin’ bunch at summer camp. The Brazilian model confirmed reports that she is indeed expecting her second child with former basketballer Marko Jaric. Read the full post and see pictures here. 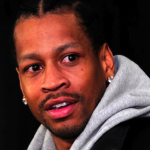 From SportsGrid: According to a report filed by digital gossip rag of note TMZ, Allen Iverson’s estranged wife wants to know the name and phone number of every woman he’s had sex with since their 2001 wedding day.  The request is a ludicrous one, and is likely a power play by Iverson’s soon-to-be-ex. But holy moly, we can only imagine the potential research (and amount of printer paper) that would go into such a legal document. Read the full post here. 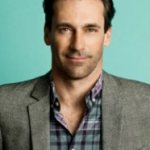 Ok, that’s just a picture of Jon Hamm…but Chris O’Dowd also has your back, ladies, The Mary Sue reports. Lately, the two have been quoted as being pro-women-in-Hollywood. Hamm is the longtime boyfriend of Jennifer Westfeldt, who’s produced tons of stuff you know, and has stood by her side as she faced media and public rejection. O’Dowd has his own story. See what both have done and said here. 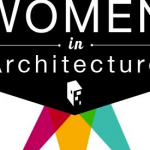 From The Jane Dough: Drawing, design, engineering — Mindy Kaling once argued that architecture is a made-up career that only exists in romantic comedies. But a new report shows it’s anything but romantic. Turns out working in architecture is still a giant bummer for a lot of women, according to the newly released The Architect Journal’s first “Women in Architecture Survey.” It found that the number of women in the field is actually dropping — and there may be fewer cropping up in the coming years. Read some of the survey points here.