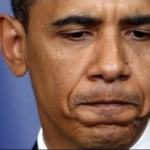 From Mediaite: A new book by political Journalist David Corn claims that President Obama blamed some of his popularity woes on Fox News. The book, Showdown: The Inside Story of How Obama Fought Back Against Boehner, Cantor, and the Tea Party, details the President’s first term after the 2010 midterm elections through the beginning of 2012. In it, Corn writes that Obama felt the coverage on Fox was wreaking havoc on his standing with white males – specifically, in a private meeting with labor leaders in 2010, Obama reportedly said he was “losing white males” who watch Fox. Read the full post here. 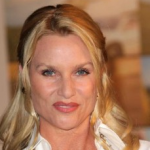 GossipCop has reported on Nicollette Sheridan’s battery claim against her boss Marc Cherry  on “Desperate Housewives.” She alleged that she was wrongfully fired from the ABC as a result of the battery, and her reporting it. On Monday, After two weeks of testimony, a deadlocked jury led the judge  to declare a mistrial. The jurors, who had been deliberating since Wednesday, told Judge Elizabeth Allen White this morning that they were still stuck at 8-4 in favor of Sheridan’s claim. For the full post, read here. 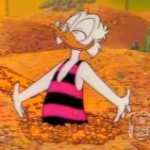 Apple’s CEO Tim Cook has announced that the consumer electronics giant — and world’s most valuable company — will be paying shareholders a dividend of $2.65 a share starting this July. Geekosystem reports on this move, the first of its kind since 1995. On top of that, the company will also launch a $10 billion effort to buy back shares of its stock, further bolstering its value. The move comes as Apple is enjoying record profits and the launch of a new iPad, and frankly has more money than it knows what to do with. Read the full post here. 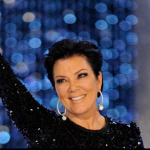 Not to be left out, Styleite reports, Kris Jenner posts her own naked pregnancy photos. It was Rob Kardashian’s birthday on Saturday! Did you know this? We did not! We did not know anything about his birthday until we saw that the Kardashian martriarch had taken the celebratory opportunity to share a topless, pregnant photo of herself from when Rob was but a very large baby bump. Read the full post and see the photo here. 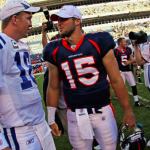 Peyton Manning’s big move – and SportsGrid’s four major gut reactions. Reportedly, five years and $95 million dollars will make Manning a Denver Bronco. People have feelings about it, as one might expect when the biggest current story in the NFL meets with the biggest story of the previous season (Tebowmania, of course) with the force of a stellar collision. We are among those with feelings. Read here for some of those feelings, broken down into four parts. 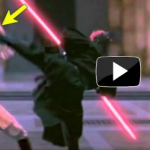 Ever wonder how to use a lightsaber? Well, if you have, The Mary Sue can help you now. “How To Use a Lightsaber” deconstructs the choreography of Star Wars: The Phantom Menace. Watch and learn. 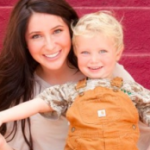 Bristol Palin expressed surprise, according to The Jane Dough, that President Obama failed to defend her as he did during the 2008 election. In a post published on her blog Sunday, the 21-year-old said its puzzling that the president phoned Georgetown University law student Sandra Fluke with his condolences after conservative radio host Rush Limbaugh called her a “slut” on air, but has yet to return his $1 million donation from HBO’s Bill Maher, who joked about Palin’s teen pregnancy. As the product of a young single mother himself, Obama should have some insight into what Bristol Palin has endured, Bristol Palin says. Read the full story here.