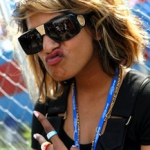 Mediaite noticed a rising argument between singer/rapper MIA and Anderson Cooper. MIA tweeted: Anderson Cooper called me a terrorist for speaking out, and expressed support for the SLgov when this was happening.” It’s already been settled. Apparently, an article titled “Lady Tamil Tiger gives pop culture a bang” was originally published in The Charleston Mercury News, and linked to on the AC360 blog. “[The article] makes incorrect and misleading statements about me,” MIA stated in a release. The AC360 blog was updated accordingly. Read the full post, including twitter back-and-forth and MIA’s official rebuttal here. 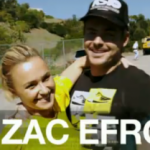 From GossipCop: MTV just released a trailer for the rebooted “Punk’d,” which features a new celebrity prankster every episode. In the preview, we get a glimpse of the dirty work done by such celebs as Justin Bieber, Miley Cyrus, Hayden Panettiere, Kellan Lutz, Nick Cannonand Bam Margera. The hapless victims include Zac Efron, Taylor Swift, Demi Lovato, Snooki, Liam Hemsworth, Khloe Kardashianand Dianna Agron, among others. Watch it here. 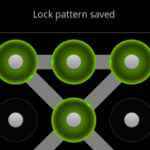 The FBI secured a pimp’s Samsung Android phone as part of a case following a former pimp, released on parole, who seemed to be partaking in pimping activities once again. Geekosystem reports on the FBI’s efforts to investigate the former pimp’s Android phone. The pimp previously signed a Fourth Amendment search rights waiver, which allowed the FBI to search his home and property at any time without a court order. When he turned over his phone, though, he didn’t unlock the device, even though his parole conditions prevented him from hiding or locking digital files. He claimed the phone belonged to his sister. Amusingly, the FBI couldn’t crack the phone’s unlock pattern, and so served a warrant to Google, Android’s developer, to help them. Read the full post here. 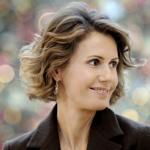 From Styleite: Syrian first lady Asma al-Assad may be fashionable, but she isn’t exactly thoughtful about her image as a whole. While her country has spent the last year in the midst of a bloody and tumultuous civil war, according to thousands of personal emails obtained by The Guardian, al-Assad has been shopping up a storm. Based on The Guardian’s  summary and our parsing of the emails, al-Assad has spent thousands and thousands of dollars on jewelry, shoes, furniture, and art. We’ve handily converted the currencies to U.S. dollars (based on current exchange) so that the full extent of her purchase power is clear. Read more here. 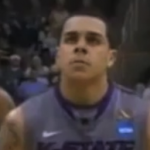 Way to be, Mississippi. SportsGrid reports that Members of the Southern Mississippi band could be heard directing a racist chant against Kansas State’s Angel Rodriguez as Rodriguez took a free throw during their first round NCAA Tournament game today in Pittsburgh. It needs to be pointed out that at this point we think it was just a few members of the band, and wasn’t pre-planned. Just a sudden, random outburst of jingoistically-tinged insensitivity from some college kids wearing Southern Miss. shirts. Watch a video of the incident here. 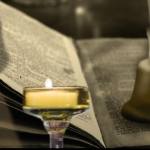 From the Mary Sue: 40 Days of Life, the anti-choice group that is sponsoring an exorcism of an abortion clinic in Ohio, has recently been accused of even filming people walking in and out of a London clinic they were picketing, which, if used in the right way, constitutes a pretty awful breach of privacy. They maintain they had the cameras on to film people who were insulting them, as they were there “to pray and to show there is love in the community out there.” A representative from the clinic said their protest was “on a scale we haven’t seen before.” Read what we know about the planned exorcism here. 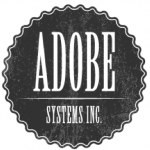 A cool slideshow from The Jane Dough: Imagining what America’s most recognizable brand logos would look like — if they were redesigned by a hipster. Of course, Arm & Hammer is already there. Swiss artist Dave Spengeler has applied the idea to a number of our favorite or most-well known logos for our pleasure. Check them out here.