From Mediaite: America Live host Megyn Kellyinvited GOP presidential hopeful Mitt Romney onto the program Wednesday afternoon to discuss a wide range of topics — from Gingrich to mandates to riches, oh my.Noting that there is “no doubt” in his mind that the Republican party will band together, Romney shared that, if he’s the party’s nominee, he believes he’ll be able to attract Independent (and Hispanic, and women) voters as well. Later, while discussing Romney’s wealth-related gaffes, an exasperated-sounding Kelly asked him, “Why do you keep doing that?!” “Megyn, guess what,” Romney replied. “I made a lot of money.” For the full post, read here. 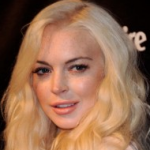 GossipCop reported today on allegations made against Lindsey Lohan – that she did a hit and run – in addition to her response. Supposedly while leaving the Sayers Club in L.A. early Wednesday morning, Lohan hit a guy. She calls this claim “a complete lie” and tweeted, “Last night, I attempted to wish a friend happy birthday, which I didn’t even get to do because I was freaked out by all of the paparazzi. These false accusations are absurd.” Read the full post here. 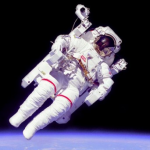 From Geekosystem: After performing MRI scans on 27 astronauts after they spent an average of 108 days in space,Larry Kramer of Texas Medical School in Houston and his colleagues found that around half of the astronauts now had eye problems. All kinds of awful symptoms are thought to be caused in space due to the living in free-fall, where the blood pools towards the skull instead of toward the legs like it would when living in regular gravity. Read the full story here. 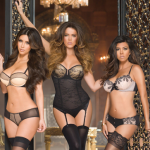 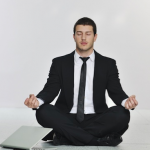 SportsGrid reaches out to a certain group of guys: ones who might be wishing they were naked during their weekly yoga practice. Well, there’s news for you: in Park Slope, Brookly, “the neighborhood where dreams come true” there is a studio so magical its location cannot be disclosed. You have to email them. For the full post, read here. 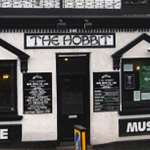 The Mary Sue reports on a name you don’t see in articles about The Hobbit movie adaptation very much: Saul Zaentz. He’s a producer of music and film, and the guy who actually owns the worldwide film, stage, and merchandise rights to The Hobbit and The Lord of the Rings. The newest wrinkle in his tenure over performances of Tolkien’s work seems to be a campaign of cracking down on UK businesses that use the word “hobbit,” no matter how small or old or appropriately named they are. Read the full post here. 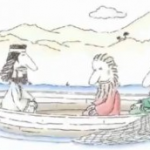 From the Jane Dough: Todays Terrible Business Idea: Redbull Ad Jokes that Jesus Was a Fraud. Hm. Take a look at it here.