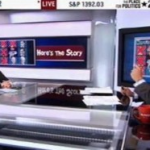 It’s been almost a year since President Obama finally released his long-form birth certificate and shut up most of the “birther” crowd, Mediaite reports. Even Donald Trump at the time was shaken off his axis. Believe it or not, birthers and their sympathizers still exist. On MSNBC today, Martin Bashir brought viewers’ attention to Congressman Cliff Stearns, who recently expressed sympathies with the birther movement, and got into a heated panel discussion over who in the Republican party should be holding people accountable for these statements. Read the full post here. 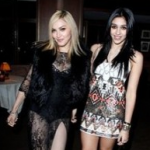 We already know that Madonna’s 15-year-old daughter Lourdes gives her mother fashion advice, and even designs clothes. Now the teenager is helping the Queen of Pop in the recording studio as well, according to GossipCop. Lourdes, aka “Lola,” sings the backup vocals on “Superstar,” the new leaked track off of Madonna’s “MDNA” album. The “Like a Prayer” singer told The Sun, “She’s my background singer. She just came over to the studio that day. Then I said, ‘Oh, can you sing this part?’ and she agreed to.” I guess that’s what happens when Madonna is your mom. Read the full post and listen to the song here.

After the seizure of MegaUpload, there were a number of issues to be addressed. Geekosystem reports on an interesting little tidbit from what has already come out of what will likely be a long and complication prosecution. Needless to say, it will require a long hard look at the user base that once existed. Some of that looking has already been done, and certain revelatory facts have emerged. What’s that, you say? Included among the sites many users – infringers and otherwise – are a number of government officials, including U.S. Senators and employees of the Department of Justice itself. Read the full post here. 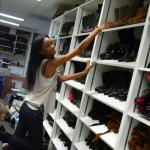 From Styleite: Last month brought news of a former Harper’s Bazaar intern suing Hearst for unpaid hours, and now it sounds like Condé Nast has implemented new internship policies. Fashionista spoke to two sources at Condé Nast who told them its internship program was overhauled this semester. It’s an interesting topic: if you find yourself in a climate like the one that exists in New York City, you might be asking yourself: how do these internships make sense? For more on the issue, and what Condé Nast is doing, here. 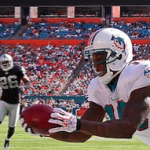 From SportsGrid: The Bears have traded two third-round draft picks to the Miami Dolphins in exchange for mercurial wideout Brandon Marshall, and Jay Cutler now has his first real receiving threat since he and Marshall were teammates in Denver three seasons ago. Three instant, knee-jerk reactions to the trade, after the jump. Read it here. 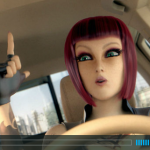 From The Mary Sue: While this video game-style short, The Chase by Philippe Gamer, is very cool from the start, with a car chase fit for the likes of French Connection and The Blues Brothers, it isn’t exactly what it seems. We strongly urge you to watch the whole thing to the end. You will be very happy you did. Do it here. 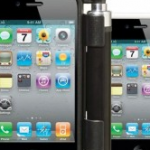 It’s official, the Jane Dough Reports: iPhone sales are now outpacing the development of the human population. Roughly 378,000 iPhones are sold each day while 371,000 babies are born. The machines are winning.Or so claims this infographic from MBAonline, which outlines a days worth of internet usage — as told through bizarre factoids. What actually happens in a day’s worth of internetting? Look at the infographic here.