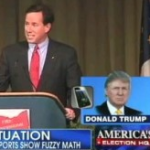 Mediaite reports on Donald Trumps latest emphasis on his GOP endorsement. Trump endorsed Romney for the first time only a few weeks ago, and while the math currently favors Romney in the race, anything is possible at this point. But Trump thinks it’s already game over for the other candidates. During one of his routine Fox & Friends call-ins this morning, Trump went so far as to call Romney’s rivals in the race “disgraceful” for not just dropping out already. For the full post, read here. 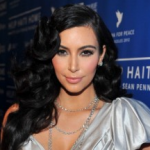 “Mad Men” actor Jon Hamm is taking some heat now over comments he made in a recent interview with Elle UK, GossipCop reports. actor told the magazine, “Whether it’s Paris Hilton or Kim Kardashian or whoever, stupidity is certainly celebrated. Being a f**king idiot is a valuable commodity in this culture because you’re rewarded significantly.” Kardashian took to Twitter to fight back. For the full post, read here. 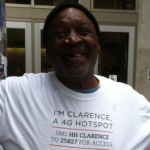 From Geekosystem: in an effort to increase the cellular data coverage at South by Southwest, a certain marketing group  has devised a rather unique solution that’s caused some heated discussion all over the Internet; they’re using homeless people as 4G hotspots. If you’re a SXSW attendee and want access to a hotspot, all you have to do is make a donation of your choosing to the homeless hotspot you wish to “use” and you’ll receive unlimited access, suggested donation $2 per 15 minutes. Read more about the controversy here. 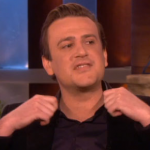 Is there anything more entertaining than a good celebrity wardrobe malfunction? Styleite reports on one you might’ve missed. While all eyes were on Jennifer Lopez’ maybe-nipple at the Oscars, Jason Segel’s suit was disintegrating as he wore it. Segel told Ellen DeGeneres that his first Oscars experience was “perfectly Jason Segel” because about half-way through he found himself almost half-naked in his seat. Read the full post and watch the interview here. 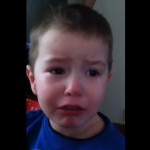 Parents of America, SportsGrid urges: stop filming your kids crying about stuff and putting it on the internet. We’ve posted a video of 4-year old Shane Oliver of Mattydale, NY crying because Syracuse University senior guard Scoop Jardine will be playing his final game for the Orange at some point this month. Shane’s mom filmed it and put it on YouTube, and that YouTube video was posted on The Dagger, Yahoo’s highly-trafficked college basketball blog. As of the writing of this post, ”Sad that Scoop is graduating” has 52,413 views. Come on, parents. Maybe you think it’s cute or funny, but we don’t. Read the full post here. 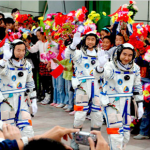 Back in December, The Mary Sue brought you the news that the identities of the possible first Chinese women taikonauts (their word for astronauts) may have inadvertently leaked thanks to a stamp collector in Germany. Now we’ve got some more concrete proof as an unspecified number of women have passed through to final training for the space mission. Wang Yaping and Liu Yang were two of seven signatures. We can’t say for sure whether they are the two in the running now but odds are good. The question is, will they make the final cut? Read more about it here. 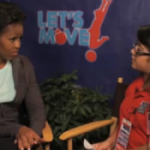 From The Jane Dough: snagging an interview with the first lady is an accomplishment in itself, but asking tough questions is particularly impressive for a young, novice journalist. Especially when she hasn’t even taken her SATs yet. And when she’s questioning the First Lady of the United States. Topanga Sena, an 11-year-old reporter for Scholastic News in Florida, can knock both of the above off her bucket list. As reported by the Washington Free Beacon, the middle school aged girl recently had the opportunity to speak with Michelle Obama about her Let’s Move! campaign and whether it oversteps its boundaries. Read the full post and watch the video of the surprisingly tough young interviewer here.