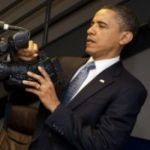 Mediaite reports that yesterday, cable networks devoted whole segments to a film that presents President Barack Obama in a glowing, almost saintly light. The film itself seems to have little to no news value, though. It focuses on the past, rather than on current events, and doesn’t present any new information. At the same time, this film is one of the most broadly-appealing presentations of our president. It features Obama resolutely standing up for what he believes in, which will especially appeal to independents, but it also shows him sticking it to the ivory-towered elites of liberal academia, which will be veritable catnip for conservatives. Read the full post and get links to the video here. 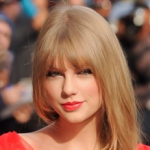 No surprise there, really: GossipCop reports that Taylor Swift makes a bucketload of money. She’s at the top of Billboard’s new Top 40 Money Makers in Music list for 2012. The country singer superstar earned more than $35 million (from touring, album sales and royalties) last year to beat U2 ($32.1 million) and Kenny Chesney ($29.8 million). 2011′s #1, Lady Gaga, fell to fourth place in the new list with a still robust $25.4 million. For more on the list and who made it, click here. 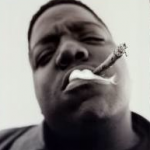 On the fifteenth anniversary of his death, people all over are likely paying tribute to Notorious BIG. Geekosystem didn’t really see it coming, but even the AARP is tweeting about the late rapper. We knew he was respected (and even highly) in certain circles, but among those at the American Association for Retired Persons? Read the full post here. 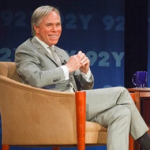 We’ve heard all kinds of things about what went on at Studio 54, but this seems like the first of its kind: Styleite reports on Tommy Hilfiger, who says he learned a lot about business there…and how not to run one. His first business venture failed, basically, because he spent too much time at the club. “That was my Master’s degree. [It] was a tremendous learning experience, and it taught me you have to keep your mind in the business, and really take care of it. When people ask me now if I’m a designer or a businessman, I say both.” And clearly, he’s mastered the balancing of the two. He’s turned into such a hybrid of rock-and-roll and business. Read the full post here. 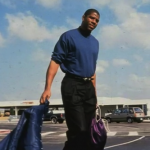 From SportsGrid: how Magic Johnson found out he was HIV positive. Because Magic Johnson was one of the Lakers’ highest-paid players in the early 90s the team regularly took out an insurance policy on him. That insurance policy required a more involved physical exam than than the ones normally required of professional basketball players, and that more involved physical exam required a blood test. It was because of one of these blood tests, prior to the 1991-92 NBA season, that Lakers team doctor Michael Mellman discovered that Magic was a carrier of HIV. From The Announcement, ESPN’s upcoming “30 for 30″ documentary, comes this preview clip, in which Johnson and the principles involved (Mellman and Johnson’s agent, Lon Rosen) talk about the moment he was given the results of that blood test. 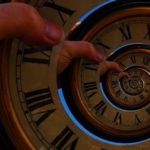 From The Mary Sue: last April, the Chinese General Bureau of Radio, Film and Television announced that it would no longer be greenlighting shows or films that involved time-travel as a plot element, and this week the saga was unexpectedly, sadly, and undeniably continued. The suicide of two pre-teen girls has been blamed on their belief in the existence of time travel. It is an interesting and certainly thought-provoking idea. Whether or not the government is “handling” the issue in an appropriate way almost seems like the wrong question to ask. For more on this story, read the full post here. 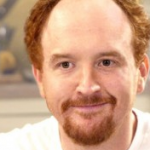 Misogyny discussion has been ongoing and pretty rampant these days, and fortunately/unfortunately the way the Limbaugh/Fluke debacle transpired is making some people very cautious. Louis C.K., in particular. The Jane Dough reports that the comedian was set to host the upcoming Radio and Television Correspondents Association dinner, but has now pulled out of the commitment as the aftermath of Fox News television host Greta Van Susteren boycotting his appearance. It seems almost obvious that C.K. was just avoiding a potential media firestorm, and understandably doing so. Read her objections and more about the whole thing here.