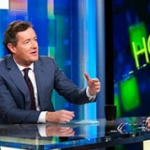 On Mediaite: Piers Morgan gave a rather combative interview on Howard Stern’s show, in which the two warring media personalities put their feud to bed, but not before Morgan took a few shots at Glenn Beck and Rachel Maddow. He says of his hiring at CNN that he asked execs of Beck and Maddow, “Seriously? Are you going to let them just beat you to death like this?” Listen to the clip here. 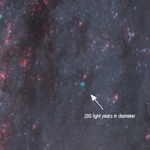 On Geekosystem today: a stunning image of the Milky Way that pinpoints the radius of our communiques into space. Radio messages have reached distances of up to 200 light years since we started sending them through the galaxy, but the photo is a reminder that 200 light years is barely a blip in the grand scheme of the universe. Take a look at the photo here. 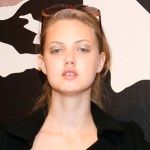 Styleite has an interview with ambitious young model Lindsey Wixson, who, since beginning her modeling career at age 15, has done more with her one year in the business than most models accomplish during their entire careers. Wixson doesn’t seem fazed by her sudden success, nor is she burned out — next on the list of accomplishments for her is earning her GED. Get the full post here.

Sportsgrid covers Glenn Beck’s disapproval of the reaction to the National Anthem at the Super Bowl this past weekend, because if there’s anyone who could get outraged about one of the more nationalistic days on this country’s calendar, it’s Beck. Apparently he’s offended that not enough people placed their hands over their hearts. Some people are just never satisfied! To read the full post, click here. 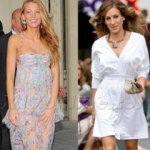 Gossip Cop busts a rumor that Blake Lively has been tapped to play young Carrie Bradshow in a “Sex and the City” prequel. This is a relief for several reasons: because Blake Lively will probably not be able to pass as a 19-year-old for much longer, because it saves us from a months-long “SATC”-related media blitz, and because those movies are so MONSTROUSLY BAD. Get the full post here.