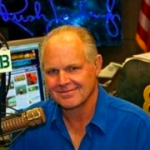 Mediaite reports on the many many updates we’re getting on Rush Limbaugh’s recent slip of tongue. Some of the latest includes just how many advertisers he’s lost as a result of the Sandra Fluke “slut” comment. The damages incurred (among other things) for Limbaugh are becoming, themselves, a point of contention. On his show Wednesday, he denied he was hemorrhaging advertisers over the incident as has been widely reported. “People are reporting things that, A, are not true, and B, I don’t even think the people reporting it have the slightest idea what they’re talking about, nor do they have the ability to understand it,” Limbaugh fumed and shared that his own brother had asked him if he was bleeding sponsors. Read the full post and what more Limbaugh had to say here. 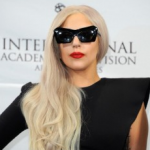 “Lady Gaga: The Movie She Wants No One to See,” reads an ominous headline from Life & Style. Gossip Cop reports on this unlikely claim, which says the singer is “fuming” about plans for a movie based on her life. For one thing, her life (at least looks) like it’s been pretty awesome so far. Still, according to a so-called “friend” of Gaga, “She’s furious. She’s cringing at the thought of her life being exposed on television.” The magazine’s supposed “insider” claims, “Gaga doesn’t want it getting out because it will portray her as insecure and needy.” Insecure and needy? Wait, is that why she wore a dress made out of meat on the red carpet? If anything, Gaga would seem to reject the idea of a TV movie. She’s pretty much a walking blockbuster. Read the full post here. 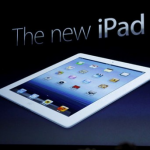 Geekosystem reports on the big Apple happening today: the new iPad. Simply called “iPad.” Sure, the hardware is an upgrade, and it’ll come packed with new-tech smell, but it won’t blow your mind, and if you bought an iPad 2 anytime in the last year, you won’t exactly be thrilled that it is now an older model, even though it’s not all that much worse than the newer one. For all of the details, and the astonishing reveal that the new iPad doesn’t actually come with new-tech smell, read here. 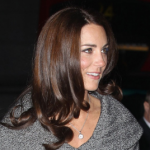 Maybe every girl does love a bargain. Even royal girls, like Kate Middleton. Styleite reports that the fashion-savvy Middleton stepped out last month in a coat dress by the now-defunct brand Jesire – we couldn’t help but wonder how long it had been sitting in her closet. Was this a middle school purchase, newly discovered? A hand-me-down? A long-forgotten gift? Well, neither. It turns out that Middleton’s Jesire coat was purchased at a thrift store called The Stock Exchange in Berkshire, near her family’s home in Bucklebury. Read the full post and see pictures here. 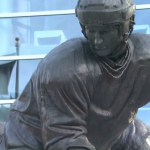 From SportsGrid: The city of Pittsburgh gave it the old college try this afternoon when they unveiled a statue of Penguins great Mario Lemieux. While we applaud the sentiment, the whole “ceremony” just seemed awfully strange. First, you had a couple hundred people with cellphones clicking as the statue was unveiled. Sure, we get that you want to prove that you were actually there, but the whole scene (below) just strikes us as one of the most teenage-fandom moments in the history of sports. Secondly, the countdown… Let’s talk about that for a second. Pretty weak, people. We know it’s not a New Year’s Even countdown or anything, but how about putting a little more into it. Or, how about scrapping the countdown altogether. Check out the video here. 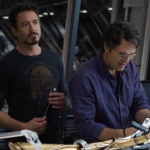 The Mary Sue links us a a little-known pleasure: trailers of our movies abroad. German trailers. The German Avengers trailer, to be specific. It includes some extra footage with Tony Stark (Robert Downey, Jr.) being a snarky jokester with Bruce Banner (Mark Ruffalo) and Steve Rogers (Chris Evans). The trailer is funny enough for the translation to watch. See it here. 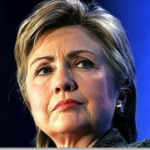 From the Jane Dough: In case you’ve never heard the rumor that Secretary of State Hillary Clinton isn’t a warm and fuzzy kind of lady, ex-U.S. Secret Service agent Dan Emmett has revealed in a self-published memoir that the former first lady never thanked him for anything. According to the Washington Examiner,Emmett executed bad form in writing the tell-all, which is the author’s recollections of working for the Clinton Administration. The Examiner notes that Emmett said Hillary was less gracious than her daughter Chelsea and husband Bill: basically, she didn’t say thanks a whole lot. Read the full post and parts of the interview here.