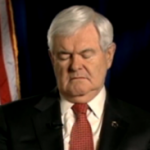 From Mediaite: Yup, that’s Newt Gincrich, sleeping. To sleep, perchance to dream (about moon colonies)? Just as he was about to speak at AIPAC, via live video streaming, the cameras caught him taking a quick nap. To make matters more awkward, after he was introduced, Gingrich said he was welcome to questions from the panel. Except, well. There was no panel. Maybe endless campaigning is getting the best of him. At one point he seemed awake again, and listening, but dozed off again. Good thing the panel didn’t exist to notice. For the full post and video, click here. 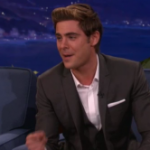 In a far more flattering live appearance, Zac Efron shows us his doo-wop-y side. GossipCop reports on the young stars visit with Conan. Appearing on Conan’s show Monday, Efron talked about how he used to be nerdy (okay) and then proceeded to do a very un-nerdy rendition of the Beach Boys’ favorite “Barbara Ann.” Everyone was wooed. Watch the video here. 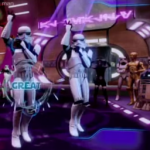 Geekosystem goes out on a limb and says that not too many people are likely to be pleased with the upcoming Star Wars Kinect. They’re guessing that even fewer people, if any, have high hopes for the “Galactic Dance Off” mode. Stormtroopers can’t dance! Unsurprisingly it’s pretty bad, and there’s footage to prove it. Lucky for us, said footage is absolutely hilarious. Geekosystem features a video of a reworked version of “YMCA”. It addresses the joy of conscription into the Empire’s military force that straddles that thin line between the worst thing ever and the best thing ever. Watch it here. 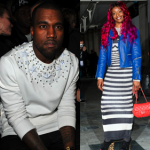 When Kanye West came out with his first collection last year to almost universal derision, he didn’t take it so well. By that, Styleite reports, he proceeded into a three-hour Twitter rant of hundreds of tweets. Well, he’s making his way back onto the runway today, in Paris, and it looks like we’re in for quite a show. West has hired Jourdan Dunn to walk, and through Twitter, we gather that Azealia Banks will perform. So even if the clothes are anything like they were last year, it’ll still be a good party. We’ll see what happens. For the full post and some pictures of the venue, click here. 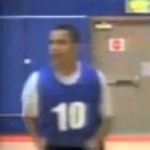 That’s Barack Obama, SportsGrid reports. At the time of the shot, he was only a senator, but now you can watch this video of our president playing basketball “with some US Army soldier[s].” There’s not much information about the video, uploaded today by Buzzfeed’s Andrew Kaczynsky, except that it’s from 2006 and features Mr. President Obama. Pretty rare footage. Check it out here. 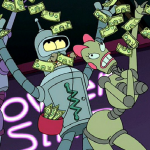 Does the world need pole-dancing robots? The Mary Sue Reports: apparently, some people think so. At least, one guy, Mr. Giles Walked, does. He designed some robots a few years ago, “driven by old car motors and their moves are controlled by computer via wireless technology. But despite being made from scrap, the robots don’t come cheap. If you want to hire these very exotic dancers for your next party, it will set you back around 30,000 euros ($40,000),” according to AFP. And some folks have taken Walker up on the offer. To watch a really creepy video on how these things work the pole, click here. 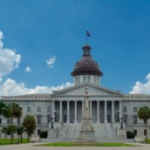 Ever wonder what McCarthyism would look like for sex? The Jane Dough reports on certain GOP happenings that make you wonder. According to the Clinton Chronicle,the Laurens County Republican Party passed a resolution last week that would request all candidates seeking to get their name on the primary ballot to sign a pledge with 28 principles — one of which includes being abstinent until marriage — because the party “does not want to associate with candidates who do not act and speak in a manner that is consistent with the SC Republican Party Platform.” For the full post, click here.