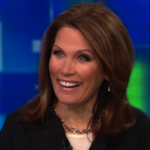 From Mediaite: Former Republican presidential candidate Michele Bachmann got into a little tiff with CNN’s Piers Morgan. “I believe in traditional values,” the Congresswoman argued. “I believe in marriage between a man and a woman and I don’t think that’s bigoted.” And the anchor had called her judgmental. “Me?! Hardly! Hardly! Hardly!” Bachmann responded incredulously. “Well that’s rude! That’s absolutely rude!” Watch the clip here.

For a touch of class: GossipCop reports on the infamously divorced Kris Humphries. Apparently, the basketball-cum-reality TV star who was married to (Kim Kardashian for a few minutes) continues to speak out against her. As previously reported, Kardashian donated twice the value of her estimated $100,000 worth of wedding gifts to the Dream Foundation, but Humphries believes she had no right to make that decision. Read here for his idea on what she should have done with the gifts. 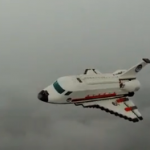 From Geekosystem: A bird? A Plane? No. It’s a LEGO space shuttle, flying to the edge of space. For real. Watch the video here. 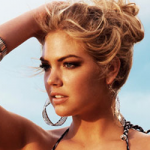 Who can blame her? Styleite reports on Kate Upton, who has just designed her own swimsuit line. And it looks exactly like you might imagine it would. Unfortunately, the suit does not exactly guarantee that you will look like Kate Upton in it, but who knows. For the full post, click here. 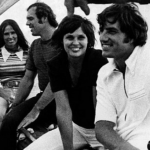 In case you forgot, or never knew at all, SportsGrid reports on a strange sports-related anniversary that was today. 39 years ago, two baseball players swapped wives. Ex-Yankee Mike Kekich got a little upset last year at news of a planned film based on his decision to trade wives with teammate Fritz Peterson. Is that where the term “yankee swap” came from? For the full post, read here. 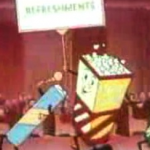 From the Mary Sue: FINALLY! One Michigander and security technician has gotten tired of the exorbitant prices at most movie theater concession counters, which is probably something that we can all relate to. But it seems that for Joshua Thompson, the last straw was when his local AMC Theater told him he couldn’t even bring his own soda and candy to a showing. He’s started a class action law suit against the theater, for violating the Michigan Consumer Protection Act, but it remains to be seen whether he’ll get anywhere with it. It’s possible. Read about it here. 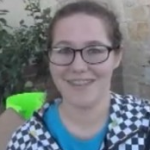 The Jane Dough reports, as the Jane Dough does, on impressive women. This is not meant to exclude girls, and in this case, Girl Scouts. The headline says it all: Man Steals $200 Dollars From Girl Scouts, 9-Year Old Troop Member Punches Man In Face. For the full post on this unusually and admirably robust young scout, read here.