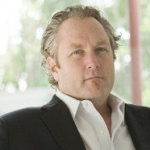 From Mediaite: Andrew Breitbart died this morning, and his website Big Journalism posted: “Andrew passed away unexpectedly from natural causes shortly after midnight this morning in Los Angeles. We have lost a husband, a father, a son, a brother, a dear friend, a patriot, and a happy warrior. Andrew lived boldly, so that we more timid souls would dare to live freely and fully, and fight for the fragile liberty he showed us how to love.” 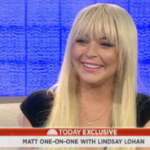 Lindsey Lohan appeared on the Today Show to declare her turned leaf. Gossip Cop reports on the young actress – who we sometimes forget is actually an actress – who’s been plagued by scandal and made a media darling for it. On Thursday’s show Lohan talked about making her comeback at 25, working in a morgue, and avoiding romance. Watch clips here. 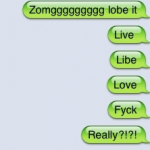 From “gunna” to “gunman” – Geekosystem reports on a not-so-funny autocorrect miscommunication. Especially in light of the recent shootings at Chardon high school in Ohio, the confusion (above) led to the lock down of one Georgia school. Normally, autocorrect is frustrating; sometimes, it is funny; every now and then, it even sounds poetic. None of these descriptions suited the text that sent so many school officials into a frenzy of worry. For the full post, read here. 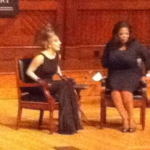 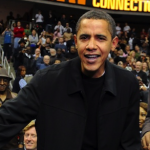 Sportsgrid reports on the five most important things about Barack Obama’s sports fandom. Grantland’s Bill Simmons sat down with Obama – an already-noted sports fan and President of the United States, to do a podcast that the president has wanted to do, apparently, for a while now. In light of Jeremy Lin’s recent, monstrous success, Obama wanted to get in that he “knew about Jeremy Lin before anyone else.” To get more insight into what kind of sports fan Obama is, read on. 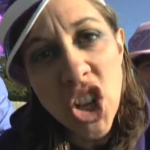 In honor of Women’s History Month (March), The Mary Sue invites us to enjoy a little feminist rapping. Actually, it inaugurates a whole month of watching Jenny Hagel’s Feminist Rapper, A Lady Made That by showing the first episode. Judging by this one, we can only imagine what the rest will be like. Or maybe we can’t…see for yourself here. 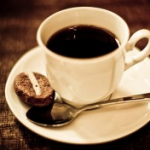 Hey! The Jane Dough good news about your health! The Jane Dough reports that, stunting growth aside, coffee might not be all that bad for you. New research in the American Journal of Clinical Nutrition finds that coffee drinkers have no more risk of falling victim to grave illnesses such as cancer or heart disease than their non-coffee drinking counterparts and are at a lower risk of getting type 2 diabetes. So if you’re one of those Starbucks addicts, you can relax. Unless you’re drinking coffee right now. Read the full post with details on the study here.