From Mediaite: Bill Maher went on Hardball yesterday to discuss with pal Chris Matthews, who called Maher “the funniest, smartest guy in the room,” his million dollar donation to Obama’s Super PAC. “I was trying to throw a snowball to create an avalanche here to let the liberals who do think that this is already in the bag – probably because, like me, they watch Hardballevery night and they see what idiots these Republicans are – but that’s not how the whole country sees it. And, I promise you, when it comes to election night, it’s going to be neck and neck. It’s going to be a very tight race.” For the full post, read here.

Gossip Cop wonders, too: is Natalie Portman secretly married? She appeared on the red carpet Sunday with (husband?) Benjamin Millepied wearing a beautiful red dress and what looked like a wedding band. He wore one too, but a rep declined to comment. For the full post and pictures, read here.

From Geekosystem: Mercedes-Benz announces a partnership with Apple. “Drive Kit Plus” will integrate your iPhone and all its apps into Mercedes’ already established Digital DriveStyle app to display the iPhone’s screen on the in-car screen. That way, users can access a variety of iPhone features, peruse social networks, send text messages, and listen to music – all by voice command. Siri will officially be available to help you navigate your Benzo anywhere, and she’ll be available in all A-class vehicles starting in the fall. Read the full post here.

Best dressed at the Vanity Fair After Party? Styleite brings you a look at who made the cut. Take a look at the pictures here and decide for yourself.

SportsGrid: From inside his car, this NASCAR driver tweeted just after the Juan Pablo Montoya crash. Brad Keselowski didn’t technically break the don’t tweet and drive rule, as there was a red flag up (all cars stay still on the tracks), but who would’ve thought we’d get such coverage: photos of a crash from another drivers seat. Check out the full post here.

The Mary Sue shares a hilarious and well-timed parody (courtesy of funnyordie.com) showing a group of men expounding on their own expertise regarding women’s health issues. Nick Offerman, Tim Meadows, Judd Nelson, Kurtwood Smith, Ray Wise, Corey Stoll, and Brian Flaherty all lend a hand in this delightful little video. Watch it here. 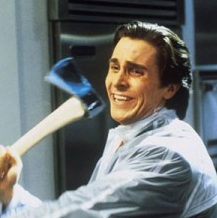 A new report from The National Academy of Sciences tells us that rich people are more likely to lie, cheat, and, well, be terrible. The Jane Dough reports on the study. Most staggeringly, one portion involved offering a dish of candy to both wealthy and non-wealthy participants. The subjects were told they could take all they want — but that the leftovers would go to children. And, apparently, the wealthy took the most. That’s right, they actually took candy from children. Read the full post here.