From Mediaite: Bob Scheiffer questions  Rick Santorum  on views regarding Obama’s  Affordable  Care act.  During a recent campaign  stop, Santorum was noted  to have spoke against  prenatal care for  women,  saying  that “giving  women prenatal care  leads to  more  abortions.”  Obviously a bold  statement,  Scheiffer asks  for  some  clarification. Santorum argues  that prenatal  testing in particular is meant to reveal deformities in utero – which usually (?) leads to abortions. For more on Santorum’s remarks, click here.

On Sunday Trump kicked off his fifth season of “Celebrity Apprentice,” Gossip Cop reports, and Cheryl Tiegs was already there and gone. The premiere premised on the two teams of celebrity competitors selling sandwiches at New York City delis. Apparently the former swimsuit model wasn’t quite primed for sandwich-selling. Who knew. Read the full post here. 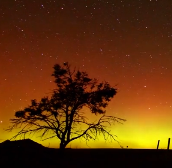 Geekosystem brings us a video that everyone can  enjoy: Randy Halverson’s beautiful capture of  the Milky Way and Aurora, rising over South  Dakota. Time lapsed and scored, it’s a sight of  sights. Watch it in full here.

Ever wanted to know what happens at exclusive, glamorous fashion parties

when you’re not there? Styleite shares a video of a Stella McCartney’s black-tie event, where dancers put on a kind of flash performance amidst tables of Kate Mosses and Twiggies. Watch it here. 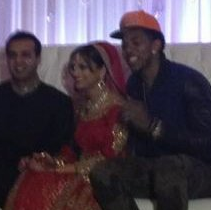 From SportsGrid: Wizards’ players crash a (maybe- happy-to-be-crashed) wedding after losing to the  Clippers. Nick Young is pictured here with the  newlywed couple, having acknowledged that he  did not, in fact, know  anybody there…and also  said he “gave a  speech.” Whoever took this  pictured started up a  twitter frenzy soon after.  Apparently he went all out in trying to invite as many NBA wedding crashers as he could. Read the full post here.

Like Where’s Waldo? The Mary Sue invites us to check out veteran comic

artist Ulises Farinas’ massive Star Wars Mural. On closer look, it doubles as a hidden picture puzzle. So besides being intricate and great-looking, you can spend some time picking out Bart Simpson and maybe even the cast of The Wizard of Oz. If you’re interested, check out crops of the mural (and a link to the artist’s page) here.

Brought to you by the Jane Dough: If you paid  enough attention to notice the crop of  controversy over the birth control mandate last  week, this commercial could be for you.  EMILY’s list, a pro-choice advocacy group,  releases its reaction in the form of a thirty-  second commercial. Watch the video and read  the post here.