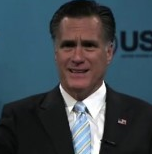 “The M-word”: it comes to our attention here  at Mediaite that Mitt Romney  has successfully  avoided the topic of Mormonism. No one else  seems to push  it much, either. Not a single  moderator in any of the 20  debates this season    has brought it up, despite the fact that roughly  half of  Republican voters  know “little to  nothing” about it. At what point will people start  asking  questions, to investigate  Mormonism’s potential influence on Romney’s  potential presidency?  Frank  Rich argued in New York Magazine story that  Mitt’s  greatest passion is  something he’s determined to keep secret.”  Is that  true? For the full post, click here. 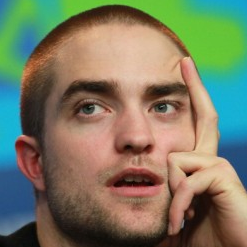 From Gossip Cop: Robert Pattinson looks bored. At least, of the Twilight movie series, commenting that he’s “too old” for that role at this point. Judging by the fact that the last installment of the Twilight series reached a grossing point of 700 million dollars last month, I think it’d be safe to say this: no one else would be bored, Mr. Pattinson, if you made another vampire movie. Read about it (and look at some pictures) here. 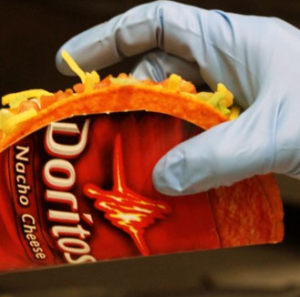 Do you like Doritos? Do you like Taco Bell?  Well does Geekosystem have  news for you!  The  perfect marriage of processed goodness  makes  its  debut on March 8th, when Doritos  Locos tacos hit the stands. Yes: a  taco shell  made of  Doritos. If you’re into that sort of  thing,  click here for  more. 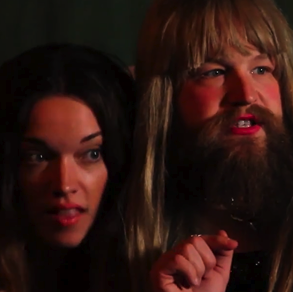 From Styleite: Sh*t Fashion Girls Say…At New York Fashion Week! Yup, it’s another one of those videos, and it’s funny. Delivered by a man in drag (Patrick Pope), the video was shot  during fashion week, and street style photographers actually engaged with this guy. For the full  post and video, click here. 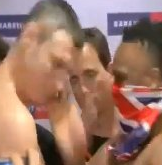 “Derek Chisora slaps Vitali Klitschko at  weigh-in, will probably regret slapping Vitali  Klitschko at weigh in.” From Sportsgrid, we  gather that England’s Chisora, the “underdog”  of the two heavyweights, might’ve had an  underlying motive here. He’s 5 inches shorter  than Klitschko with a much shorter reach.  Some speculation frames the slapping as a  kind of diversion from a match he seemed likely to lose. For the full post and video, click here.

Would you wear these pants, The Mary Sue asks?

Heard that using your laptop on your lap give you a little dose of radiation? If that’s true, then you should wear these pants. Isn’t it also just annoying, taking your laptop off your legs when you have to get up? With a new pair of technologically advanced jeans, your keyboard never has to leave your lap! What about a hoodie with earbuds for strings? Yes, these are available, too. No joke. Read about it here. 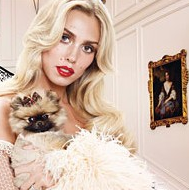 From The Jane Dough: want to live vicariously  in Petra Ecclestone’s $85  million dollar  apartment? Have a closet “designed to resemble  a boutique”? Fortunately,  she actually let the  people at W inside the  mansion, so you  can at  least see pictures. And then wish you lived there  yourself. Read the full post here.