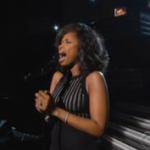 On Mediaite today: Jennifer Hudson pulled off a (surely) last minute tribute to Whitney Houston at the Grammys last night. The legendary singer died over the weekend at the age of 48, and Hudson sang the enormous hit “I Will Always Love You” in her honor. At the end of the song Hudson changed the lyrics to “Whitney, we love, we love you” and I’m willing to bet there wasn’t a dry eye in the house. To read the full post, click here. 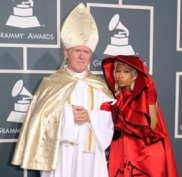 You already know that Nicky Minaj is not an understated sort of girl. And if you didn’t? Gossip Cop sets the record straight. Coverage of the young star at the Grammys last night shows her in a floor-length liturgical gown. If that wasn’t enough to clue you in to the kind of attention she was going for, take a look at the accessory on her arm,  also clothed in floor-length satin: her very own “Pope.” Yes, Nicki Minaj brought “the Pope” to the Grammys. Talk about a bizarre celebrity coupling. Get the full post and pictures here.

And you thought SOPA and PIPA were bad. Geekosystem introduces us to their “impenetrably confusing” cousin ACTA (Anti-Counterfeiting Trade Agreement), explaining why it’s bad, too. All the more so because it’s confusing…and it’s just been signed by 22 member nations of the European Union….and the United States has been in on it since October. The agreement is chock full of all those touchy, hidden censorship issues we care so much about. For some clarity, see the full post here. 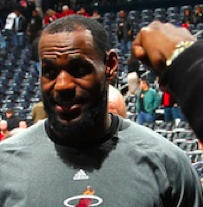 You talkin’ about LeBron’s mom? If you are, Sportsgrid reports, he might just have to “kick your ass right now.” Apparently there was some off court heat generated by fan Bob Moore. LeBron didn’t respond so well. For more on this heated interaction see the full post here. 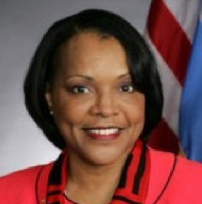 From The Mary Sue: In protest to Oklahoma’s contraversial “personhood” bill – which would force women to listen to the heartbeat  of the fetus before going through with an abortion – State Senator Constance Johnson proposed an amendment to the anti-choice legislation. It was deliberately absurd, and she tabled it right after making her point. And she made it well. The amendment would’ve deserved a tagline like, “Every Sperm is Sacred.” For the specifics, read the full post here. 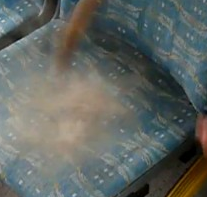 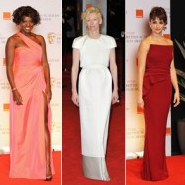 Choices, choices! Styleite reminds us of the red carpet battles that took place across the pond last night. While most of us were watching the Grammys, the likes of Meryl Streep and Penelope Cruz dolled up for the British Academy of Film and Television Awards. Who looked best? Decide for yourselves at the full post here.