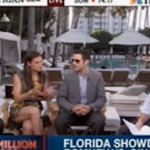 Oh, dear: Mediaite has a clip of Dylan Ratigan’s “30 Million Jobs Tour” on MSNBC. The Miami leg of the tour aired this week, and it looks like Ratigan couldn’t resist filming poolside at a swank resort in Miami. Oh, Dylan. Come on now! Nobody needs to see you partying like Will Smith while trying to have a serious discussion about unemployment. Also, the sunglasses don’t help. To read the full post and see the clip, click here. 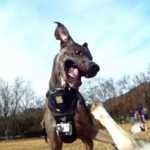 Aww! Geekosystem has a video of dogs playing in a dog park, shot from their perspective. As someone who thoroughly enjoys taking her pup to Prospect Park on the weekends, it’s nice to know that it is indeed as fun for the dogs as it looks. To watch the video, click here. 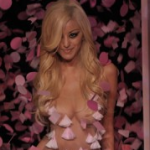 Well now! Styleite reports on Zahia Dehar, a young French designer whose collection just debuted at couture week, and whose lookbook was shot by Karl Lagerfeld himself. How does one get to the level of fame that allows them to book the Kaiser as their photographer? It helps if they are a former prostitute who allegedly slept with three of France’s most famous athletes (one when she was only sixteen years old!). Get the full post here. 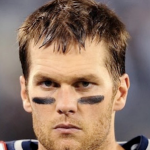 On Sportsgrid today: terrible cheating website Ashley Madison polled users to see who they would rather sleep with, Tom Brady or Eli Manning. While the answer might seem obvious to some, Eli won the poll handily (YEAH, he did…sorry). How could this be? A couple of intrepid reporters attempted to quantify each football player’s bang-ability. To read the full post, click here. 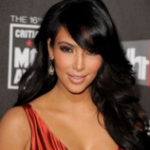 Gossip Cop reports on a rumor about a Kim Kardashian/Bow Wow romance. Wait. That Bow Wow? As in “Lil”? That’s the one, and the rumors are coming from the man himself. No word on what Kardashian has to say about all of this. To read the full post and get the full scoop, click here. 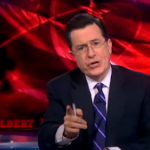 The Mary Sue has an amazing (so amazing, it comes in two parts!) interview between Stephen Colbert and Where The Wild Things Are author and illustrator Maurice Sendak. Sample awesomeness: at one point in the interview both Colbert and Sendak indulge in a little marker-huffing? To read the full post and see both parts of the interview, click here. 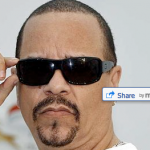 On The Jane Dough: this presidential race is awfully confusing, and I think I know why — it’s because no one has asked Ice-T’s opinion on the whole thing! As it turns out, the “Law and Order” star, rapper and husband of Coco is a Hillary Clinton supporter, saying in an interview “She did the Secretary of State job, she was a G, she held it down, she didn’t cry. Obama will support her, and she’ll be the first woman president.” There you have it! To read the full post, click here.