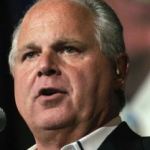 Oh, Rush! Mediaite reports that the cantankerous radio host has expressed the decidedly controversial viewpoint that he “[doesn’t] feel any anger over [the violence against reporters in Egypt].” For pete’s sake — this is one of those issues where you’d think everyone would pretty much be on the same side, but alas! To listen to the clip, click here. 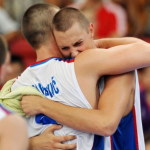 On Geekosystem today: apparently the average duration of a hug is 3 seconds! Who knew? Humans also tend to wave goodbye for an average of 3 seconds, and babies tend to babble in 3-second bursts as well. Some scientists speculate that this uniformity is because we perceive time in 3-second increments…or it could just be coincidence. You decide — read the full post here.

Styleite notes today that Carla Bruni is unsatisfied with merely being a supermodel and one of the most stylish First Ladies in the world. She has decided to make a foray into movies, appearing in a small role opposite the likes of Owen Wilson, Rachel McAdams and Marion Cotillard. The film is set to premiere at Cannes next year — will the First Lady appear on the red carpet? Get the full post here. 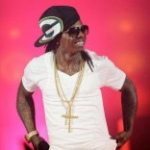 Aww: Sportsgrid reports that Lil’ Wayne has recorded a new song, called “Green and Yellow,” in support of the Packers this weekend. Trouble is, there’s already a song out called “Black and Yellow” by newcomer Wiz Khalifa, which was been the unofficial Steelers theme song in the run-up to the Superbowl. This is the musical equivalent of a pro athlete joining a Little League team. Let him have his moment, Weezy! To read the full post, click here. 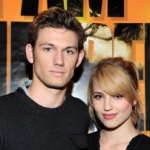 On Gossip Cop: they grow up so fast! Rumors flew that “Glee” star Dianna Agron was secretly engaged to Alex Pettyfer, with whom she stars in “I Am Number 4.” Leaving aside the question of why the engagement would need to be secret (I mean, are one or both of them married to other people?), it turns out that the rumor is totally baseless. Imagine that! A false engagement rumor! Get the full post here.