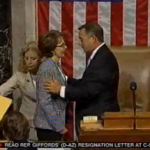 On Mediaite today: it’s been a while since we’ve all seen Speaker John Boehner have a good cry! Is he doing all right? Does anyone know? Things seemed back to normal at last night’s “State Of The Union” address, when the speaker teared up after having a word with ex-congresswoman Gabrielle Giffords. To read the full post and see a clip of their exchange, click here. 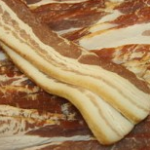 Geekosystem would like you to know that shoving some bacon into your nostrils may help you stop a nosebleed. While this is surely helpful information for some, why would people who have bacon on hand want to waste it by putting it in their noses? And now I’m thinking of what “recycled bacon” would mean for the world, and now I’m barfing. To read the full post, click here. 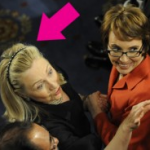 Styleite has some photos of Hillary Clinton at last night’s “State of the Union” address sporting a thin, sparkly headband in her hair. There was a time when Clinton used to be mocked for her headband habit, but given that we just saw a ton of actresses  sporting them at the Golden Globes Clinton can just claim to have started the trend herself ten years ago. To get the full post and see photos, click here. 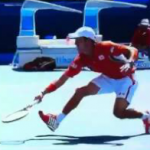 On Sportsgrid: Patrick McEnroe, younger brother of John, proved to us that he has quite the mouth on him too! The sibling of the mercurial tennis star and commentator was a bit upset when a ball boy kept him from getting a clear look at a shot made in the Australian Open. Whoops! To read the full post and see the clip that so infuriated McEnroe, click here. 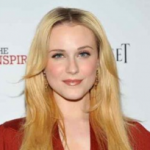 Gossip Cop covers a rumor that recently engaged Evan Rachel Wood is trying to get her fiance Jamie Bell to agree to some kind of open marriage arrangement, in which she remains faithful to Bell but hooks up with ladies on the side. This rumor was debunked personally by Wood on her Twitter feed, where she blasted the National Enquirer and concluded with “Sorry ladies.” Get the full post here. 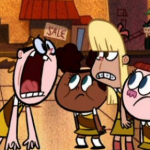 Oh, great — The Mary Sue reports on a story in which a local church in Virginia is refusing to let Girl Scouts wear their uniforms inside the building, due to some sort of perceived association with Planned Parenthood? It’s pretty clear that the only losers in this scenario are the parishioners who will lose the opportunity to buy delicious, delicious cookies. And who are also being mean to a bunch of young girls for no real reason. To read the full post, click here.

The Jane Dough takes on the silliness of OKCupid profiles. The site, which is widely known to be sort of the Wild West of online dating (it’s free to sign up, after all) frequently has suitors posting nonsense like “I like to treat women like people as opposed to women” on their profiles. BRB, getting married to that guy! To read the full post, click here.