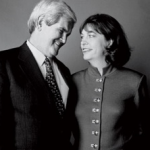 Oh, goodness — Mediaite is following a developing story on the Drudge Report about an interview with Marianne Gingrich, (one of) Newt’s exes. The interview is reportedly damning, and ABC felt squeamish about allowing it to air right before the South Carolina primaries. It will apparently air on Monday instead, so I guess we’ll see if South Carolina is inundated with voters demanding a redo? To read the full post, click here. 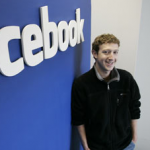 Interesting! Geekosystem reports that Mark Zuckerberg, who has done more to change the landscape of the internet than almost anyone else, has come out against the SOPA and PIPA bills that had much of the internet up in arms this week. In a statement released today, Zuckerberg said “The internet is the most powerful tool we have for creating a more open and connected world. We can’t let poorly thought out laws get in the way of the internet’s development. Facebook opposes SOPA and PIPA, and we will continue to oppose any laws that will hurt the internet.” To read the full post, click here. 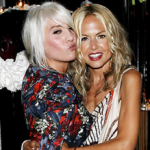 Oh, great. Styleite covers a rumor that Rachel Zoe’s other former assistant., Taylor Jacobson, may soon be returning to our TV screens on a show called “LA Style” about several so-called up and coming stylists. I suppose they are trying to capitalize on the publicity generated by former Zoe employee Brad Goreski’s new show, but the difference between Brad and Taylor is that he is excellent and she is a nightmare, am I right or am I RIGHT? Get the full post here. 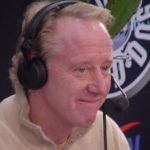 Sportsgrid reported on a story in which Rob Lowe (yes, the Rob Lowe from “Parks and Recreation”) claimed to have heard that Peyton Manning was set to retire in the near future. Someone decided to investigate this further, despite the UNIMPEACHABLE source, and asked Peyton Manning’s dad, Archie. Who just laughed. I guess he’s not retiring? And I guess he and Rob Lowe are friends? Or at least, Rob Lowe seems to think so? So many unanswered questions. To read the full post, click here. 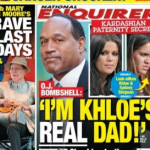 Gossip Cop busts a rumor that OJ Simpson is claiming to be Khloe Kardashian’s biological father. Oh man, that would be such a good scandal if it was true. Unfortunately, it seems that the National Enquirer cooked up this story without getting so much as a “no comment” from Simpson himself. Whoops! Oh well! Get the full post here. 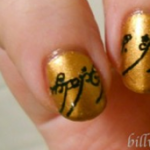 On The Mary Sue today: given all the hoopla over The Hunger Games nail polish, it’s nice to see nail art from another fantasy book series getting its due. This Lord of the Rings manicure is sparkly, intricate and features a message in Elvish! To read more about that and other Things They Saw Today, click here. 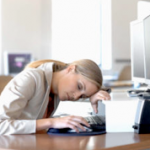 The Jane Dough has piece on an essay that appeared in Forbes arguing that the 9 to 5 workday actually caters to men’s strength and is much more draining on women as a result. Hard to believe that anyone really feels like the modern 40+ hour work week is the best thing that ever happened to them, but there are some interesting arguments put forth. To read the full post, click here.