Mediaite has a clip of Bill O’Reilly defending Michelle Obama on his show. Wow, things in 2012 really might be different! Bernie Goldberg was interviewed comparing Obama to Marie Antoinette given that she has a taste for expensive clothing, a proclivity that was outlined in Jodi Kantor’s new book “The Obamas.” O’Reilly dismissed those claims as ridiculous, since Antoinette is a villainous figure and Obama isn’t. To see a clip of the full exchange, click here. 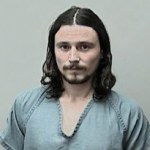 Welp, Geekosystem reports that Beezow Doo-Doo Zopittybop-Bop-Bop was finally arrested in Madison, WI this week, and it’s about time. He’s a menace! Oh, was it not clear that I was referring to a grown man? Beezow Doo-Doo, etc., is 30 years old and may have changed his name from Jeffrey Drew Wilschke due to persistent drug use. Perhaps. To read the full post, click here.

Hahaha — Styleite has photos of a Japanese department store that really took post-Christmas sales to the next level. This store in Osaka festooned its exterior with posters reading “Fuckin’ Sale: All 20% Off.” That is the best, and I would love it if more stores adopted this terminology when trying to unload all the stock they couldn’t move during the holiday shopping blitz. To see the full photo, click here. 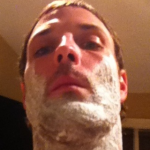 On Sportsgrid today: in preparation for his game against the Denver Broncos, New England Patriots’ wideout Wes Welker is growing some facial hair – a playoffs mustache, to be exact. How will media and Jesus darling Tim Tebow respond? Let’s hope his rejoiner comes in the form of some kind of holy beard. To read the full post, click here.

Waaaait a second: Gossip Cop reports on a rumor that Lindsay Lohan has been approached to play Elizabeth Taylor in a Lifetime movie chronicling the star’s romance with Richard Burton. While this sounds delightfully campy and ill-advised, it may not be true. Then again, Lindsay’s people didn’t exactly deny it, either. Get the full post here. 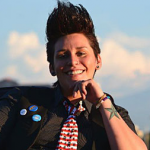 Awesome! The Mary Sue follows the story of two openly gay contestants in the Miss California pageant, who were the first lesbian contestants in the pageant’s 60 year history. If either had won they would have been in the running for Miss USA. Though neither placed it certainly paved the way for other out ladies to try their hands at winning the crown in coming years. To read the full post, click here. 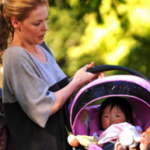 On Mogulite: Katherine Heigl is in the news again as she is promoting her new film “One For The Money.” The notoriously outspoken actress has been blogging for iVillage, where she revealed a very personal struggle with her decision to go back to work after adopting her daughter Naleigh. To read more of Heigl’s post, click here.