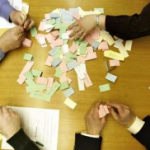 Mediaite has a helpful post from Talking Points Memo giving a brief rundown of the way the Iowa Republican caucus will work this evening. The ballots for a caucus are all write-in, with voters writing down the name of their candidate of choice and then the results being tallied up by hand, high school-election style. It’s all so delightfully old-fashioned! To read the full post, click here.

Whoa! Geekosystem covers a rather extraordinary claim from two participants in the CIA’s Mars visitation program in the 80s, who believe that Barack Obama was a student in their training class in 1980, which they know because they met him…on Mars? Oh man, what if this was true? So awesome. You can read the full jaw-dropping story here. 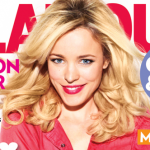 Styleite covers Glamour’s recent interview with Rachel McAdams, during which the star talks about arguing with stylists over whether or not her characters would wear Christian Louboutin shoes (which, hats off for authenticity!!) and ex Ryan Gosling’s transformation into an internet hero/feminist icon. She is thrilled about the latter, which only adds to the many reasons why she is great and those two should get back together, STAT! Get the full post here. 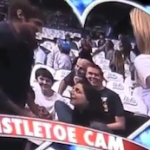 Oh, no — Sportsgrid has a video of a failed marriage proposal at a UCLA football game in December. The poor guy proposing ends up being rejected…on the JumboTron. This is why public marriage proposals are a terrible idea, you guys! To read the full post, watch the video, and cringe, click here. 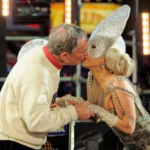 Gossip Cop reports that Mayor Michael Bloomberg, after being smooched by Lady Gaga on New Year’s Eve, has gone on the record that his best kiss of the night was with his girlfriend Diane Taylor. Laaaaaaaame! Also, eeeeew! People of a certain age kissingggg! To read the full post, click here. 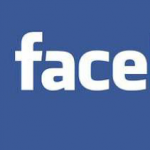 Aww — The Mary Sue covers a story of a woman who, in an attempt to overcome her agoraphobia, went on a quest to meet all 325 of her Facebook friends. Her journey was made into a documentary, and while this easily could have ended terribly it seems like things went okay for her! To read the full post, click here. 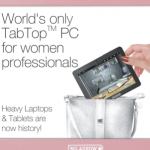 The Jane Dough takes a closer look at a tablet created for women, because I guess they can’t use the regular ones or something? It seems like it’s only distinguishing feature is that it’s pink, sooo…you can read the full post here.