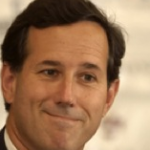 On Mediaite: Rick Santorum is enjoying a late, last minute surge in the polls and took the opportunity to call out Bill O’Reilly for refusing to interview him. He claims that O’Reilly thought he wasn’t a worthy candidate and declined to have him on the show. Who’s laughing now!? At least until the actual caucus tomorrow. Get the full post here. 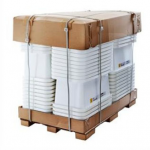 Geekosystem reports that the always-efficient  furniture manufacturer IKEA has come up with a way to reduce their overhead by some $193 million per year: cardboard shipping pallets! As noted on the website, the shipping pallets will only be usable once, much like IKEA’s wares. Nailed it! To read the full post, click here. 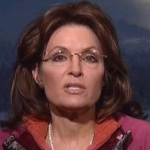 On Styleite today: well, we haven’t talked about Sarah Palin’s wardrobe in a while. We were due! The former Alaskan governor was back on television today in advance of the Iowa Republican caucus, and she was wearing two fleeces. That’s right, one fleece pullover and then another fleece vest? And pearls, because why not. To see photos and read the full post, click here. 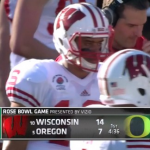 Happy New Year! Sportsgrid has a clip of the University of Wisconsin football coach picking his nose at the Rose Bowl. 2012 is going to be the best year ever (for everyone except maybe this dude). To read the full post, click here. 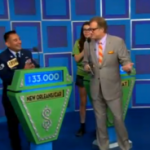 Hahaha — Gossip Cop has a clip of Snoop Dogg making an appearance on “The Price Is Right” for Celebrity Week (although it maybe would have been better if he was just on there as a random contestant). You can see the full clip, and remind yourself that hosting the show is what Drew Carey is up to these days, here. 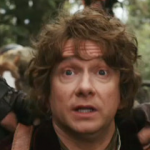 The Mary Sue has all the obscure “The Hobbit”-related news you need, including Martin Freeman’s speculation about whether or not Bilbo Baggins has had sex. Come on, you’ve though about it. To read the full post, click here. 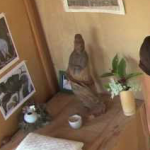 On The Jane Dough: the recession rages on, with a woman in California moving into a shipping container rather than paying rent. And…it looks really nice? And cozy? And there’s lots of natural light? And I would maybe live there? To read the full post, click here.