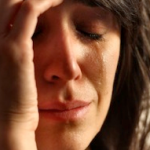 On Mediaite: lest we forget that Christmas is as much about materialism these days as it is about baby Jesus/the spirit of giving, the Twitter account @fart is here to remind us that so many people with access to the internet are profoundly ungrateful. Writer Jon Hendren has assembled the worst Christmas complaints he could find on Twitter, and, well, they suck. To read a sampling, click here. 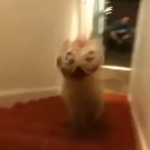 Geekosystem has a perfect post-Christmas video for you, in which a cute curly-haired little dog wearing red and white Santa pants manages to make it down an entire flight of stairs using only his non-Santa-pant-clad front legs. It’s short enough that you can watch it three times in rapid succession and only make it through a single “Whaaaaaaat?!” To see the video, click here. 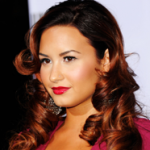 Styleite covers a recent controversy over a joke on “Shake It Up,” which is a Disney Channel original television show. The joke made by one of the characters is “You are adorable! I could just eat you guys up. Well, if I ate.” Demi Lovato, a Disney star well known for her public struggle with an eating disorder, was not amused. You can read about the controversy in more detail here. 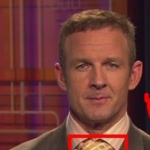 On Sportsgrid: the people want to know. What is going on with Merril Hoge and his gigantic tie knots? They are actually the same diameter as his head. I don’t pretend to be an expert of what the size of a tie knot means to a man, but I am an expert at having eyes and noticing when things are weird. And these tie knots are weird. To see the knot-tage yourself,  and read the full post, click here. 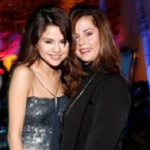 Gossip Cop confirms the sad news that Selena Gomez’s mother has suffered a miscarriage. Fans reached out to Gomez and her family on Twitter, where the star also revealed that the baby’s name was going to be Scarlett. Perfectly fine name, except the singer and TV star’s stepdad has the surname “Teefey.” I’m sorry, every name is going to sound weird when it’s followed by that! Get the full post here. 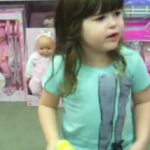 The Mary Sue has an adorable clip of a girl reacting poorly to gendered toys for Christmas. I think many girls can relate to this video, particularly those of us who have spent any amount of time in the hellscape known as the “girls’ toy aisle” in any major store. The pink! The weird smells! All the noises! All the glitter! To watch the full clip, click here. 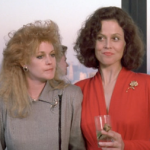 Oh, dear — The Jane Dough reports on a study that suggests that having a female boss may be harmful to one’s career…even if one is a woman. I thought we worked all this out in “Working Girl!” To read the full post, click here.