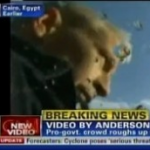 Mediaite has some sobering footage from CNN of journalists (including Anderson Cooper) being attacked in Egypt while attempting to cover the unrest in the country. Though no one was seriously injured, the footage is a reminder that journalism is at times an extremely dangerous profession, even if one is a “media personality” like Cooper. To see the footage, click here. 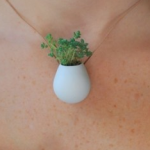 I cant decide if this is super weird or cute: Geekosystem has a necklace that is actually a teeny tiny potted plant! While it looks sort of cool on the model, I have a few questions: what if the plant’s growth gets out of control? Do you have to prune it? Can you plant flowers or herbs in there? What if you get WEEDS? Get the full post here. 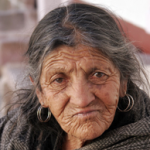 Aw, thanks a lot: Styleite helpfully informs us that women officially start to lose their looks at age 35.09, approximately one month after their 35th birthdays. Man! That is not that far away! There are so many things I wanted to do! To read the full post (which also name-checks the excellent Sloane Crosley), click here. 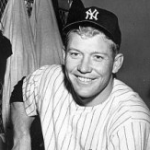 On Sportsgrid today: Mickey Mantle is all class. In a 1972 letter to Yankees president Bob Fishel, he recounts a charming story of receiving oral sex from a woman beneath the stadium bleachers…during a game. Unfortunately for Mantle, he had a pulled groin muscle at the time, and so he an his female companion were unable to, uh, consummate their love. Seriously, it’s a gross letter. To read it, click here! 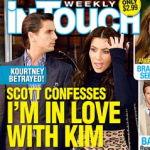 Gossip Cop reports on a claim by In Touch that Scott Disick (Kourtney Kardashian’s sort-of husband?) is in love with Kim Kardashian! Though the magazine treats this as a scandal, the sisters didn’t: Kim tweeted “OMG @ScottDisick I had no idea u felt this way! @KourtneyKardash we need to talk!” in response. To read the full post, click here.