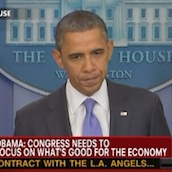 On Mediaite: President Obama might be losing his patience with reporters, as he shut down a question about accusations of him practicing “appeasement” in the Middle East by shooting back “Ask Osama bin Laden if I’m an appeaser.” Aw, snap! The current crop of GOP candidates has been piling on Obama for what they perceive to be a soft approach to terror in the Middle East, and it just became clear the president is listening and does not like it. To read the full post, click here. 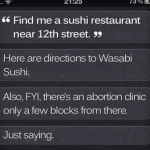 Hahaha — Geekosystem has a response from Happy Place to the controversy over Siri, Apple’s navigator/concierge/trip advisor program, possibly being pro-life (she wasn’t able to give a satisfactory answer to questions about locating nearby abortion clinics). In this alternate reality, however, Siri is only too happy to help you get an abortion.  Especially if you don’t want one. To read the full post, click here. 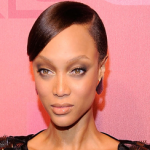 Styleite covers a controversy brewing over the recent “America’s Next Top Model” finale. Angelea, who was the obvious frontrunner of the final three models in the competition, was disqualified for vague reasons that went unexplained during the episode. Turns out she may have been the original winner and had her title revoked after she prematurely bragged about it on Facebook. Whoops! Get the full post here. 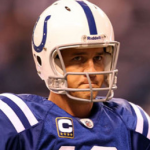 Sportsgrid is also reporting on a controversy…a DAD controversy! Rumor has it that former NFL players Archie Manning and Oliver Luck are conspiring to keep their sons, Eli and Andrew, off the same team. If this was a Disney Channel Original Movie they would turn out to be best friends/long lost brothers, but since it’s just real life, they…probably won’t be on the same team. To read the full post, click here. 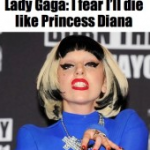 Gossip Cop reports that Lady Gaga is writing a song about the death of Princess Diana, and may be inspired by the late Lady Di because she fears she’s going to end up dying in a similar manner. Okay. I would buy it, except that Gaga’s people all deny that the track exists. Oh well! To read the full post, click here. 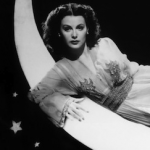 On The Mary Sue today:  Hedy Lamarr was famous in the 1940s for being a successful actress and for being extremely beautiful. She’s famous all over again in the twilight of 2011 for inventing some of the basic principles of wi-fi. You heard me. To read the full post, click here. 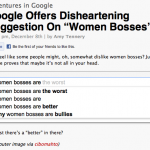