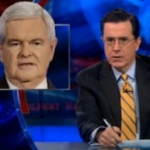 On Mediaite: Stephen Colbert defended his bestie Newt Gingrich against accusations that he’s a lobbyist who is only interested in his clients’ bottom line. As it turns out, Gingrich is not officially registered as a lobbyist, which is good enough for Colbert. He argued “if he is not registered, ergo he’s not a lobbyist…the same reason that i have not registered my Audi A8, so legally it’s not a car….which is why i can drive it on the sidewalk.” Seems reasonable! Watch the clip here. 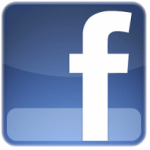 Oh, great — Geekosystem announces that the latest update to the ever-changing Facebook interface increases the status update character limit from 5,000 to 60,000. That’s a big jump! Your news feed will still truncate updates at 400 characters, which will be a nice way to bail out early on those extra-long posts before you fall down the Facebook rabbit hole. To read the full post, click here. 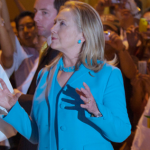 Styleite has some awesome photos of Hillary Clinton in Myanmar, where she kicked off her shoes in order to go into a traditional Buddhist temple. The Secretary of State, barefoot, in an electric blue pantsuit with a bright red pedicure? A thousand times yes. To see the full slideshow of photos, click here. 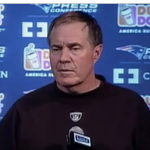 Hee — Sportsgrid has a clip of coach Bill Belichick snottily asking that a reporter cut it out with her “soliloquy” regarding the Colts. While they make the good point that it’s no profanity-laden outburst, it is sort of delightful that he called it a “soliloquy.” Very offended-lady-in-the-parlor-room of you, Bill! To read the full post and see the clip, click here. 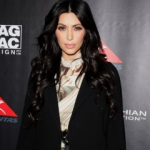 Uh oh! Gossip Cop reports that the government of Australia is not happy that Kim Kardashian recently visited their fair country on a tourist visa, when she was very clearly there to work and promote her new handbag line. Though no action has been taken yet, the country’s immigration department has reportedly placed her on a  “Watch List” for future visits. To read the full post, click here. 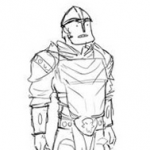 The Mary Sue has a great illustration of a frustration familiar to many female gamers — often the only female character in the game is basically naked, while the dudes get to have all manner of cool armor. Leaving aside the obvious safety concerns, this is clearly sexist. If you still have doubts about that, this illustration can help clear things up for you! To see the full set of images, click here. 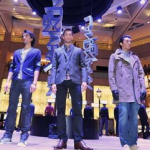 Whoa — Mogulite has recent retail sales figures from China, and it turns out that in the last year men spent nearly twice as much as women on clothes. Wait a minute, all of my preconceived notions about women and shopping are being shattered! How can this be???! Get the full post here.