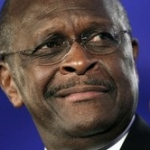 Mediaite reports that Herman Cain is reconsidering his run for president after being plagued by several sexual harassment scandals from his past. In light of the most recent controversy, which Cain attempted to defuse by breaking the story himself, it seems the beleaguered Godfather’s Pizza CEO might be reassessing whether or not the presidency/book deal/show on FOX he’s angling for are worth all this bad press. To read the full post, click here. 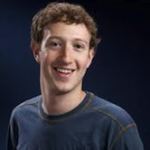 Geekosystem covers Facebook’s recent move toward becoming a publicly traded company, amid reports that the company has been given an IPO value of $100 billion. Holy smokes! The flip side of all that ca$h money is increased accountability to investors and requirements to publish financial information that they’re able to keep under wraps as a private company. To read more about the possible IPO deal, click here. 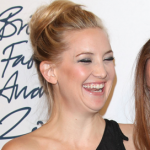 Styleite has an interview with Kate Hudson in which she good-naturedly reminisces about one of her worst red carpet ensembles — a silver Stella McCartney gown she wore to the 2001 Academy Awards. Though the dress was apparently blamed for landing her on quite a few Worst Dressed Lists, I took a glance and I think it was 100% the hair. To see the original Worst Dressed moment for yourself, click here. 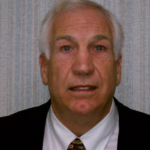 On Sportsgrid today: sigh. Jerry Sandusky has launched his own investigation…into the accusations against him. Sandusky has hired a private investigator to look into why his numerous assaults against children are coming to light all at once, I guess. I mean, what else could he be investigating? To read the full, sad story, click here. 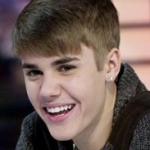 Gossip Cop confirms that Justin Bieber was the star most-searched for on Bing in 2011, beating out Kim Kardashian for the top spot. Hold on a second — it’s barely December. Isn’t it a bit premature to be tabulating the most-searched-for celebs? Also, maybe Bing users just hate Kardashians as a general rule. Did they take that into account?! Get the full post here. 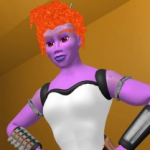 The Mary Sue has a top 10 list of the best fictional female hackers in movies, film and books. To view the full list, which includes characters from “Veronica Mars,” “The Girl With The Dragon Tattoo” and “The Matrix” (of course), click here. 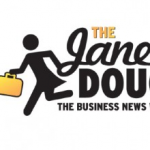 Mogulite has some exciting news! They will be relaunching as The Jane Dough, a site dedicated to “[exploring] the world of business through the female prism.” Their goals include “celebrate women who’ve found success, call out sexism where we see it, and dissect how powerful women are treated in the media.” Congratulations, ladies of Mogulite! To read the full post, click here.