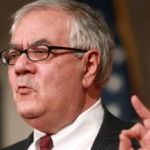 Mediaite covers a developing story about Massachusetts representative Barney Frank, who is expected to announce his retirement from Congress at 1pm EST. Frank has been in office since 1980 and was the co-author of the Dodd-Frank banking reform bill that has been a key part of all election 2012 talk for the past several months. I wonder why he’s bowing out? To read the full post and get more details on the upcoming press conference, click here. 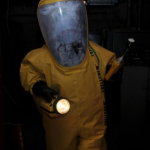 Perfect. Geekosystem reports that a scientist has created a super deadly, super contagious strain of H1N1 flu virus, otherwise known as the avian flu virus. This virus is apparently so dangerous that he’s been urged not to publish his findings out of fear that they will fall into the wrong hands. Man, those “Contagion” fanboys — ruining it for the rest of us! To read the full post, click here. 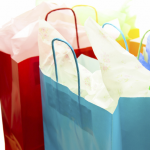 On Styleite: Cyber Monday is the retailer-created holiday for the internet age, as online stores try to keep the Black Friday party going into the next week. All the deals and all-caps coupon codes can get a little overwhelming, but luckily there’s a handy guide to the best deals on all corners of the internet. To see the full list, click here. 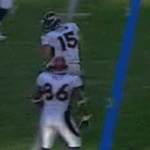 Sportsgrid has an endless loop of poor Tim Tebow executing a very silly spin move that moved him directly into the path of a couple of tacklers this weekend. Whoooops! Apparently there are a lot of Madden and Bible verse jokes to be made from this, so it looks like in addition to getting taken down on the field Tebow can expect to be made fun of for at least a few more days. One might say he spun right into that one. I’ll be here all week — get the full post here. 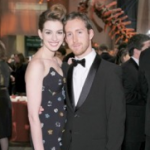 Gossip Cop confirms that Anne Hathaway very quietly got engaged over the weekend to boyfriend Adam Schulman, who she has been dating since 2008. Given that Hathaway’s last boyfriend ended up in jail for fraud, I’d say she definitely deserves a happy ending this time around. Congratulations to the happy couple! To read the full post, click here. 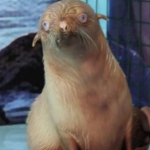 The Mary Sue has a much-needed ginger seal update. The brown-coated and blue-eyed seal pup who was shunned by the rest of her family (HOW COULD THEY) has found a home at the Akvatoria aquarium in Russia. Apparently the once-rejected seal is now a hit with crowds, so take that, mean seal family! To read the full post, click here. 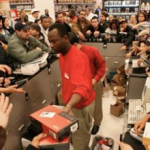 On Mogulite today: you would hardly know that we’re in a crippling recession based on our spending last Friday! Apparently Americans spent more on Black Friday 2011 than they ever have before. Related: people got into actual physical fights over waffle irons and pepper sprayed each other to avoid long lines. USA! USA! To read the full post, click here.