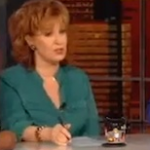 On Mediaite: like many other people around the country, some of the co-hosts of “The View” were outraged at seeing a video of police pepper-spraying peaceful student protestors on the UC Davis campus. Joy Behar likened the incident to the shooting of several students at Kent State several decades ago, though Sherri Shepherd and Elisabeth Hasselbeck seemed to be more sympathetic to the police. To read the full post and see footage of the original incident, click here. 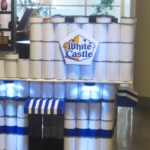 Geekosystem covers the AAF (American Advertising Federation) canned food drive, during which they urged people to donate by challenging them to come up with the best “castle” made out of cans. Fittingly, the winning castle (which was comprised of over 400 cans) was a replica of White Castle. So good on so many levels! To read the full post, click here. 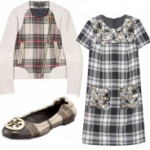 Styleite has ten different ways to weird plaid this fall and winter! The print has been popular for several years now and the trend shows no signs of slowing down. To see where to get your dresses, jackets and flats, check out their slideshow here. 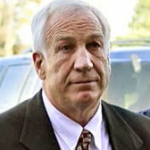 Oh, jeez: Sportsgrid reports that one teenage boy has dropped out of  high school after facing taunts from other students when his allegations of abuse at the hands of Jerry Sandusky surfaced last week. Apparently the bullying is coming from students who are still upset that Joe Paterno was fired after turning a blind eye to years of systematic sexual abuse on school grounds. Charming! Get the full post here. 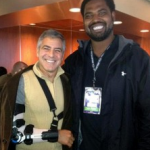 Gossip Cop reports that bizarre couple George Clooney and Stacy Keibler (seriously, it makes no sense) went to watch the Baltimore Ravens play the Cincinnati Bengals on Sunday. Keibler is apparently a Ravens fan, and they trounced Clooney’s beloved Bengals. Plus dude’s arm was in a sling! To read the full post, click here. 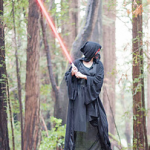 The Mary Sue has some very creative engagement photos from a couple who dressed up as a Sith and a Jedi to face off in an eternal battle to the death till death do they part. This photo series makes no sense, obviously, because elaborate engagement photos are the worst and Siths and Jedis hate each other (I’m not a “Star Wars” fan and even I know that), but they are kind of impressive nonetheless! See them here. 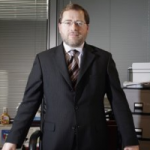 Mogulite has a syndicated column from Business Insider reintroducing us to Grover Norquist, the man who got 279 Republicans to sign a “no new taxes” pledge. So in a roundabout way, he’s kind of responsible for the current standoff over the deficit. Thanks Grover! To read the full post, click here.