Mediaite covers Rep. Barney Frank’s feud with current Republican presidential candidate Newt Gingrich. Frank was apparently accused by Gingrich of not being interested in building American businesses, which he calls “blatant nonsense.” Of course, this argument is receiving increased attention given that Gingrich is polling much better these days. To read the full post, click here.

Geekosystem links to a nifty little infographic that answers the question “What are people doing on the internet?” The infographic establishes that most of us are online all the time nowadays, but the breakdown of online activity might surprise you. Not surprising: almost everyone is sending everyone else eleventy billion emails per day. It’s no wonder none of us can get anything done! To see the full infographic, click here. 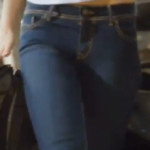 Styleite has a commercial for Jordache jeans (yep, they’re trying to make Jordache happen again!) that does one thing right and everything else very wrong. The good news: they hired the willowy and gorgeous Katrina Bowden to model the jeans in their commercial. The bad: they decided to showcase the brand by showing all the ugly jeans they’ve made from the 70s through the present day? Huh? See it here. 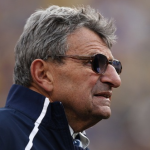 Sportsgrid reports on yet another twist in the already extremely twisty Penn State scandal — legendary and now disgraced coach Joe Paterno has cancer. According to his son the form of lung cancer the coach has is “treatable,” though it’s not known when he was diagnosed or began receiving treatment. Another sad footnote in a story already full of them. To read the full post, click here. 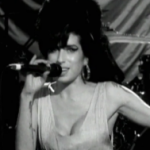 Gossip Cop has a music video for “Our Day Will Come,” one of the tracks on Amy Winehouse’s posthumously released new album. The video is made up of footage from the singer’s career, which includes live performances and backstage footage. To watch the video, click here. 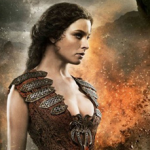 On The Mary Sue today: the recent reboot of Conan The Barbarian was an unmitigated failure, despite the title role being played by Jason Momoa, whose career was on an upswing following the first season of Game of Thrones (and now? Who knows). Surprisingly, however, the movie included several depictions of strong female characters, which is pretty unexpected, no? Allow them to explain — get the full post here. 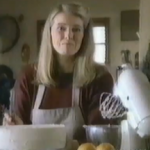 Tee hee — Mogulite has a commercial from 1987 that features a much younger Martha Stewart (with appropriately 80s mom hair) cooking Thanksgiving dinner in a K-Mart commercial. Apparently the Martha Stewart brand was doing pretty well even 24 years ago! To see the commercial, click here.