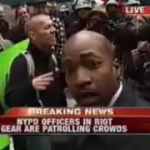 Mediaite has a clip from FOX News today covering the Occupy Wall Street protests this morning, which included two Wall Street workers staging some kind of “counter protest” with signs that read “Get A Job” and “Occupy A Desk.” Leaving aside the fact that many of the people making up OWS desperately want jobs, the two protesters were definitely referred to as “sh*theads” by an OWS protester on live television. Fun! Get the full post here. 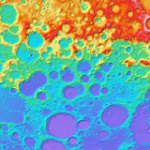 Geekosystem has a stunning high-resolution topographical map of the noon, the most detailed ever made. Using something called a Lunar Reconnaissance Orbiter, the map was compiled using over 69,000 images collected by the LRO, and it’s not even all that comprehensive (at least by scientific standards). This is all well and good but most importantly, ooooh prettyyyyy! To see the full map, click here. 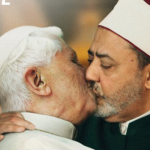 Oh my: Styleite covers the controversy over Benetton’s new series of “Unhate” billboards, which feature composite images of world leaders going to Macktown. The most controversial of these is the image of Pope Benedict locking lips with Imam Ahmed Mohamed el-Tayeb, and word is the Vatican is not super happy about it. To read the full post, click here.

Sportsgrid covers last night’s episode of “South Park,” which was about the Penn State rape scandal. Given that the scandal broke very recently, it’s sort of a given that the episode was written very quickly. Unfortunately, that resulted in some sloppy comedy. And if your comic tv show’s episode about child rape isn’t even funny, it might be a good idea to rethink the whole thing altogether. Get the full post here. 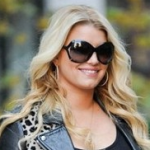 On Gossip Cop today: aw, too far, National Enquirer! Their latest rumor that Jessica Simpson weathered a miscarriage scare is just that — totally made up. Let’s leave the unborn babies out of the celebrity gossip machine, shall we? To read the full post, click here. 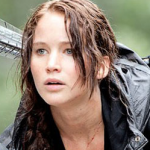 Yess! The Mary Sue reports that after this week’s premiere of the jaw-droppingly awesome “The Hunger Games” trailer, which seemed to delight fans of the books and newcomers to the series alike, Lionsgate is moving forward with production for “Catching Fire.” They are even courting Oscar-winning screenwriter Simon Beaufoy, who penned the scripts for “Slumdog Millionaire” and “127 Hours,” to adapt the screenplay. Hooray! Get the full post here. 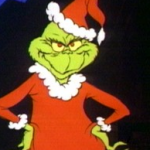 Sad face — Mogulite confirms that Occupy protesters were evicted from their protest site in South Carolina last night. The reason for this crackdown wasn’t the oft-cited health or safety concerns, though. The Columbia city Christmas tree is being lit today, and apparently nobody wants to have sad protesters and Christmas trees in their field of vision at the same time, at least according to Governor Nikki Haley. To read the full post, click here.