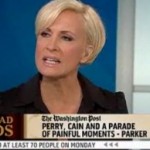 Mediaite covers today’s edition of Morning Joe, in which Mika Brzezinski led a discussion about the dearth of intellectuals in the current conservative movement. This problem has become more apparent in light of recent gaffes by Rick Perry, Herman Cain, and the bizarro-policy-proposal machine that is Michele Bachmann. To read the full post, click here.

Oooh! Geekosystem reports that scientists have discovered a way to make common lithium-ion batteries charge ten times faster and last ten times longer. This comes as a huge relief to anyone who has watched the dwindling charge in the top right screen of their laptop. To read more about how the team made this particular discovery, click here. 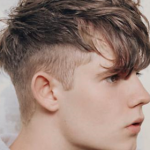 Ughghghgh: Styleite reports that the new men’s haircut sweeping the nation is the “Hitler Youth.” Yup. And we were all upset about the faux-hawk! Though the cut, which is sort of a short on the sides/long on the top kind of situation, is just kind of generally retro, that is apparently what it is being referred to by stylists and their clients. Come on, America! We can do better! Get the full post here. 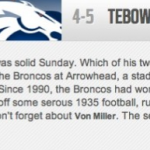 Haha — Sportsgrid noticed that someone at NFL.com is a little sick of all of this Tim Tebow hullabaloo, and expressed himself via the site’s weekly power rankings. Team Tebow was ranked ahead of ten actually professional football teams, a comment on the Tebow hype machine and fans’ tendency to reduce whole teams to one star player, perhaps? To read the full post, click here. 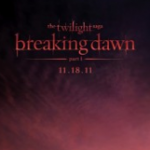 AAAAAAHHHH! Gossip Cop understands that the next few days are about to get real intense, given that “Twilight: Breaking Dawn Part 1” premieres in under 48 hours in theaters nationwide. To that end, they’ve set up a live stream of the London premiere, so our squees and sighs can float across the Atlantic and coat the earth in a haze of teenage girl excitement. To watch the live stream, click here. 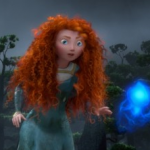 The Mary Sue has the full trailer for Pixar’s “Brave,” which premiered today! In a sea of highly anticipated films I had almost forgotten about “Brave,” which is exciting because duh Pixar, and also because it features the studios first female heroine. And she’s awe-sooooome! To watch the trailer, click here.

On Mogulite: it’s so predictable that I’m amazed it didn’t already happen, but Sean Hannity had Ann Coulter on his show the other night and they both had a hearty laugh about sexual harassment. To watch the clip and read a transcript of the interview, click here.