On Mediaite: in the most recent presidential debate, the Republican candidates were asked if they would support torture as a military interrogation technique. Most of them expressed support for at least waterboarding, with the exception of Ron Paul and Jon Huntsman. President Obama was asked about this issue during a press conference in Hawaii, and flatly disagreed. As in literally said “they’re wrong.” To read the rest of his answer, click here.

Geekosystem reports on Zynga’s recent transformation into an IPO, which included asking employees to give back some of their stock in the company or else get FIRED. Apparently the higher-ups believed that some employees had been given too many shares in Zynga. Uh, how is this okay/legal? Oh, and they also think getting the stocks back will be good because more stock options will be an incentive for prospective employees to work there. Uh…????????????? Get the full post here. 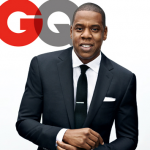 Styleite unveils GQ’s “Man Of The Year,” and it’s…Jay-Z! Recent Rocawear controversy aside, it’s been a banner year for the rap mogul and dad-to-be. The GQ profile includes such tidbits as Hova’s plans to put a car seat in his Maybach, his willingness to change diapers, and his favorite haunts in NYC. To read the rest of the post, click here. 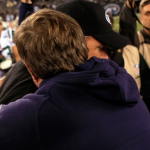 On Sportsgrid today: New England Patriots coach Bill Belichick has a reputation for being a bit of a square, but even he was moved to do some trash talking after his team thoroughly embarrassed the New York Jets. Post-win, Belichick embraced his son Stephen and then said “Thirty-seven points on the best defense in the league, s— my d—.” Eek! To reawd the full post, click here. 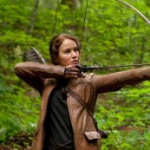 Gossip Cop has the full trailer for “The Hunger Games” movie, which was almost as highly anticipated as the movie itself. Related: what is with this new thing where we get teasers for the actual movie trailer? And the teasers are always like ten seconds of random footage without context? Argh, Hollywood plays us all for fools. To see the full theatrical trailer AT LAST, click here. 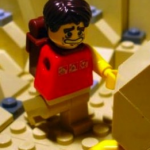 On The Mary Sue: Warner Bros. is making a “live action Lego movie,” because of course they are. This post asks all the right questions — namely, how on earth can a Lego movie be live action? Will it be people with actors walking around in Lego suits? Please let it be a bunch of people walking around in Lego suits. “Starring Sam Worthington in a Lego suit!” To read the full post, click here. 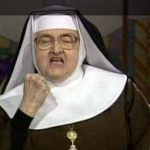 Mogulite covers an awesome story of nuns in Philadelphia who are making their voices heard on Wall Street by purchasing the minimum number of shares needed to submit resolutions at shareholder meetings. Think about it — nuns trolling Wall Street? It’s the best. Get the full post here.