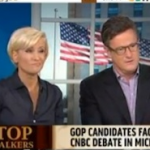 Haha — Mediaite has a clip from “Morning Joe” in which Joe Scarborough takes on critics who refer to him as a RINO, or “Republican In Name Only.” This criticism comes after Scarborough was quick to criticize much of the GOP presidential candidate pool, but he argues that he is one of the only Republican commentators with his eyes on, and even went so far as to say “I’m always right” about faulty candidates. Whee! Watch the clip here.

Ooh, evil! Geekosystem covers a story about Warner Brothers sending bogus copyright claims to Hot File for material for which they have no actual copyright claim. Not only that, but some of the claims were sent out regarding open source software. Bad, Warner Brothers! This is textbook “Evil Corporation Stuff”! To read the full post, click here. 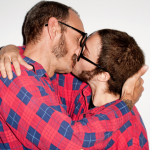 On Styleite: Terry Richardson sure loves being photographed with people dressed as him! What exactly do we call that brand of narcissism? This time Terry was indulged by Chloë Sevigny, who was his doppelganger right down to the patchy beard. Gross. To see the other photos, click here. 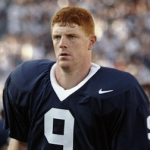 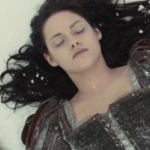 On Gossip Cop today: there are a billion Snow White movies in the works right now for some reason, and the trailer for the version starring Kristen Stewart and Chris Hemsworth. This version purports to feature Snow White in a much more active role, and you can view the trailer here. 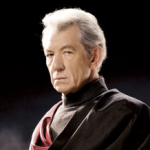 The Mary Sue reports that we once almost lived in a world where Sir Ian McKellen had to choose between the roles of Gandalf in Lord of the Rings and Magneto in X-Men, which ended up being the two roles he is most well-known for. The horror! Get the full post here. 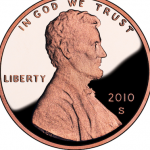 Uh…Mogulite covers a story of a woman who tried to close her Bank of America account, only to find that her savings account still had a balance…of one penny. A single penny. Come on, this is the worst! To read the full post, click here.