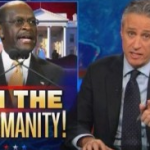 Mediaite covers “The Daily Show”‘s coverage of Herman Cain’s press conference, called to address rumors that Cain sexually harassed women while he was the president of the National Restaurant Association. Cain was asked if he would consider taking a lie detector test, and he agreed that he would, except then he also said he wouldn’t take a test unless he had a good reason to do it. This was obviously too good for “The Daily Show” to resist. To watch the clip, click here. 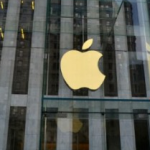 Geekosystem has a gallery of all the Apple stores in the world, interesting since the stores’ designs tend to be just as aesthetically pleasing as the products sold inside. To see the full gallery, click here. 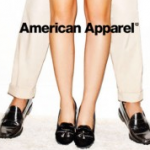 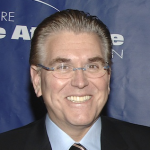 Uh…Sportsgrid has audio of a caller on Mike Francesca’s radio show who shared his story of abuse at the hands of his father in light of the Penn State sex abuse scandal. Then things got weird, with the caller claiming he had killed his father accompanied by the sound of a chainsaw in the background. Worst prank call ever? Worst prank call ever. If you’re so inclined you can listen to it here.

Gossip Cop confirms that Piers Morgan will be leaving the panel for “America’s Got Talent,” where he has been a judge for the past six years. This probably has something to do with his gig at CNN, though you can count me among the people who didn’t realize that Morgan hadn’t quit “America’s Got Talent” a long time ago. To read the full post, click here. 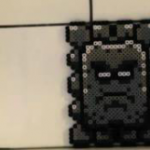 Ooh, fun! The Mary Sue has a Super Mario stop-motion animated short that was created by a Swedish duo using perler beads…you know, those plastic beads that you melt together in your oven to make shapes in grade school. To watch the film, click here. 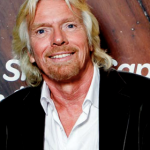 Mogulite reports that Richard Branson is investing in Square, the brainchild of Twitter founder Jack Dorsey. Square is a chip that can be plugged into an iPhone or an iPad and used as a credit card swiper, ideal for small businesses and mobile vendors. To read more about Square, click here.