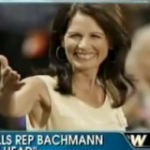 On Mediaite: Chris Matthews has a weird thing about coming up with weird ways to describe Michele Bachmann. The latest was “balloon head,” to which FOX’s Megyn Kelly took exception. I think Kelly has this one wrong, though — Matthews is insulting Bachmann because he likes her likes her, duh. Get the full post here.

Blasphemy! Geekosystem reports that Tweetdeck has figured out a way to break Twitter’s 140-character limit, so all the boring people on Twitter blathering about eating sandwiches can go on and on about it ad nauseum. They literally “[extended] tweets past Twitter’s 140-character limit and into infinity.” Thank goodness 2012 is around the corner! To read the full post, click here. 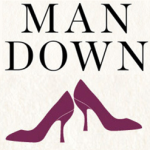 On Styleite: our very own Dan Abrams has a new website — ManDownNews.com, a site devoted to finding even more proof that women do everything better than dudes. The site is obviously tied into Abrams’s book, “Man Down,” but more than that, it promises to make visitors very very good at obscure trivia questions. How old was the girl who won one of our country’s most prestigious chicken-rearing contests? To get the answer, click here. 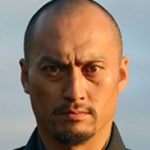 Sportsgrid helpfully casts this year’s Superbowl, so that we can spend the days leading up to the big game writing fan fiction. Among the actors chosen to play the Steelers/Packers are Ken Watanabe, Omar Epps and BJ Novak. See the rest of the cast here. 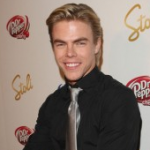 Gossip Cop reports that Derek Hough will not be participating in the 12th season of “Dancing With The Stars,” as he will be shooting the 3D film “Cobu.” The film tells the story of “a New Orleans street dancer in a Romeo and Juliet-style love story.” …I have a feeling Hough will most definitely be back for Season 13. To read the full post, click here.