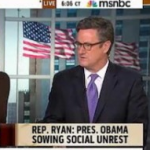 Mediaite has a clip from “Morning Joe” in which Mikea Brzezinksi and Joe Scarborough sparred over Rep. Paul Ryan’s remarks that President Obama is using “class warfare” to drum up support for the American Jobs Act. Scarborough came to Ryan’s defense, while Brzezinski argued that accusing the president of class warfare was far more divisive talk than anything Obama has said thus far. Things got tense! See it here. 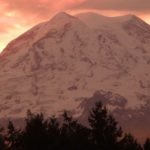 Geekosystem brightens our morning with some stunning photography. This shot of Mt Rainier in Washington, a volcano that stands at over 14,000 feet, shows the mountain casting a long, dark shadow on the underside of the clouds during a sunset. It’s a gorgeous photo — see it here. 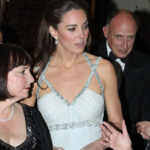 Styleite has photos of Kate Middleton’s first solo event, a charity gala for In Kind Direct at Clarence House. The duchess wore a gorgeous gray gown, which was distinctive in that it didn’t have sleeves, so we got to see/covet her super-toned arms. Look out, Michelle Obama! To see photos from the event, click here. 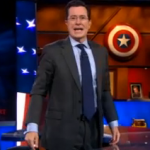 Sportsgrid has video of Stephen Colbert grilling Taylor Branch, who believes that college athletes are not being paid enough. A sample argument from Colbert was that Branch needs to “grow a pair,” but Colbert’s antics led to a pretty interesting discussion! To see the clip, click here. 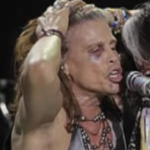 My, my! Gossip Cop has pretty terrible photos of Steven Tyler following his nasty fall in a shower that left him with a black eye and missing tooth. This didn’t slow Tyler down and he still performed a show in Paraguay the following day. Lucky for Tyler, his wounds kind of made him look cooler. What? They did! To see the photos, click here. 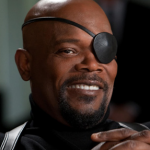 Whoa — The Mary Sue reports that Samuel L. Jackson has been anointed the highest grossing actor ever, with the profits from his films totaling over $7.4 billion. True, the man has been working for like 40 years, but that is still impressive. To see a list of The Mary Sue’s favorite Jackson roles, click here. 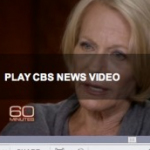 Uhh…Mogulite has a 60 Minutes interview with Ruth Madoff, who claims that she and husband Bernie attempted to kill themselves way back in 2008 when the economy first went pear-shaped. Do with that information what you will. To read the full post, click here.