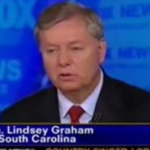 Mediaite brings us some thoughts on the current administration from Senator Lindsey Graham. Spoiler alert: he is not happy! The senator believes, among other things, that the wars in Iraq and Afghanistan are being “run out of Chicago” instead of D.C., and the current president hates Israel. And also that it’s Obama’s fault that Gaddafi wasn’t killed sooner. To read the full post, click here. 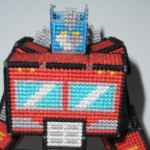 On Geekosystem today: two nerd hobbies collide in the form of a cross-stitched Optimus Prime. This particularly fuzzy incarnation of the most famous Transformer wouldn’t look out of place in battle or your grandma’s fireplace mantle. To read the full post, click here. 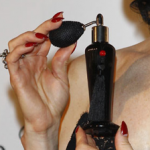 Styleite bring us some news that seems like it should have already happened: Louis Vuitton is breaking into the fragrance biz. Doesn’t it seem weird that there isn’t a Louis Vuitton fragrance yet? I mean, Justin Bieber got there first, for Pete’s sake. This new scent will come in a monogrammed bottle and smell like new luggage. Just kidding! Get the full post here. 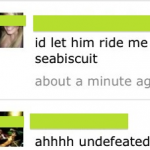 Oh, girl: Sportsgrid has a rather embarrassing screenshot of some comments posted to the official Green Bay Packers website, which include “id let him ride me like i was god danm seabiscuit [sic, obviously]” from one girl’s official Facebook page. Because they are good guys, they have blocked all identifying details, but one thing is for sure — this girl loooooves the Packers, and does not so much love privacy. To read the full post, click here. 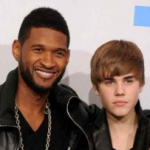 On Gossip Cop: R&B legend and best friend of Bieber Usher called into Ryan Seacrest’s radio show to promote  his duet of “The Christmas Song” with the Biebs, which will be on the upcoming Christmas album Under The Mistletoe. Though it’s no 98 Degrees’ This Christmas, this album looks like it’s poised to be a huge success. To listen to the track, click here. 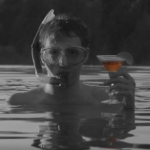 Whaaaat: The Mary Sue reports that while he was filming The Avengers, Joss Whedon found time to shoot a feature-length film adaptation of Shakespeare’s Much Ado About Nothing starring a bunch of his friends, and just announced it via a tweet from old friend/collaborator Nathan Fillion. Geeksplosion alert! To see the poster for the film, click here. 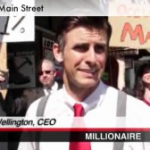 Mogulite has a FunnyorDie.com video of an “Occupy Main Street” protest, a counter-occupation organized by the country’s 1%. It’s predictably absurd, in a laugh-to-keep-from-crying sort of way. To watch the clip, click here.