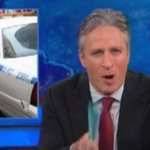 Mediaite has a clip from last night’s episode of “The Daily Show,” which returned from a week-long hiatus to find that the Occupy Wall Street protests have blossomed into a world-wide movement. Though the movements has managed to avoid any major media missteps thus far, Stewart held up a photo of a man defecating on a police car as a warning of how that could all change. To watch the clip, click here. 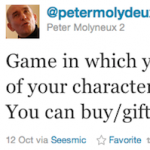 Geekosystem has a shocking story on Twitter’s growth — at a Web 2.0 summit in San Francisco the company’s CEO revealed that the site is now home to a staggering 250 million Tweets per day. Their new goal is to be available on 2 billion smartphones, which is amazing to think about not least because that’s a crazy amount of phones to have in the world! Tor ead the full post, click here. 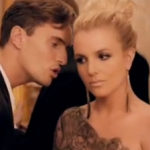 Styleite has Britney Spears’s music video for “Criminal,” the latest single off her album “Femme Fatale.” It’s going to be pretty difficult to follow her video for “I Wanna Go,” but according to Styleite the fashion alone is worth a look. To see the video, click here. 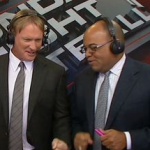 On Sportsgrid: fist bumping is still a thing, and the gents in the Monday Night Football booth were super excited about it last night. As with all slang/pop culture idioms that older people co-opt from younger generations, it was equal parts adorable and uncomfortable to watch it all unfold. To see the clip, click here. 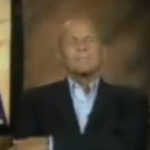 Gossip Cop has a video of Harry Belafonte napping on a local TV station, where he was supposed to be promoting his new memoir “My Song.” Aww! Don’t act like you wouldn’t be doing the same thing if you were a living legend way past retirement age! To see the clip, click here. 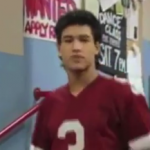 The Mary Sue brings us a supercut of many of television’s best “very special episodes.” “Home Improvement,” “The Fresh Prince of Bel-Air,” “Saved By The Bell,” “Family Matters” — the gang’s all here! To see the entire thing (and maybe take a long, hard look at your own life), click here. 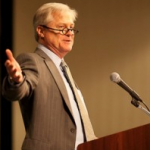 Mogulite reports that El Paso CEO Douglas Foshee will be leaving the company after it was acquired in a $21 billion sale. The reasons for his exit were unclear, but the news that he’s accepted a $95 million exit deal might make things a bit clearer! Meanwhile, Occupy Wall Street rages on! Get the full post here.