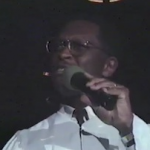 On Mediaite today: okay, so Herman Cain was at an Omaha Press Club event in 1991. I don’t know what the Omaha Press Club is, but it sounds pretty normal. It was at this event, however, that Cain performed a ballad about a world without pizza to the tune of John Lennon’s “Imagine.” He was also wearing white preacher/choir robes during the song. I couldn’t make this up if I tried; to see video of this epic performance, click here. 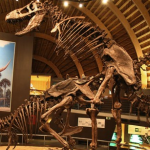 Geekosystem reports on a dinosaur museum in Asturias, Spain, that features a painting of two dinosaurs going at it. No word on whether or not this is, uh, historically accurate, but it is probably the highlight of all local schools’ field trips. To read the full post, click here. 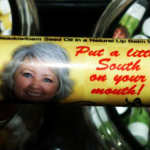 Styleite confirms that Paula Deen butter-flavored lip balm is available in stores, despite sounding like something out of the dreams of a starving man (with very chapped lips). The tube features a photo of Deen and the slogan “Put a little South on your mouth!” Um, did anyone else’s mind go to a very dark place just now? Get the full post here. 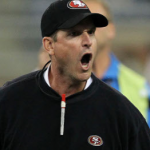 On Sportsgrid: the coaches for the 49ers and the Lions got into a leeeeetle bit of an altercation on Sunday. Unfortunately, two players from both teams decided to keep the fight going via the best forum for the public airing of grievances: Twitter, duh. Sample repartee: “They talked shit to us all week. We said nothin.. Came and kicked that ass.. its fuckin football fuck classy.. Save classy for Mortons lol.” Cool, guys. To read the full post, click here. 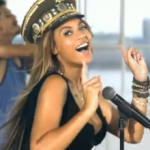 Gossip Cop has just what you need to brighten your Monday — another new Beyoncé video. This one, for her single “Love On Top,” comes on the heels of her somewhat controversial “Countdown” video. Two Beyoncé vids in one month? How did we get so lucky? See it here. 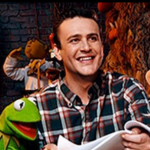 The Mary Sue confirms that Jason Segel, who wrote and is starring in the new Muppets movie, will host Saturday Night Live four days before the film opens in theaters on Thanksgiving Day. Given how often the Muppets are referenced on the show (and even make occasional appearances), this is certainly an exciting development. To read the full post, click here. 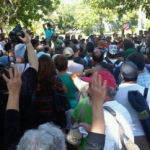 Mogulite had a post on Michelle Malkin and the Occupy Wall Street protests, which, let’s say, rubbed Malkin the wrong way. She took to Twitter to vent, and Mogulite has an account of the whole controversy here.