On Mediaite: America’s favorite warring TV personalities, Bill O’Reilly and Jon Stewart, clashed over O’Reilly’s use of the term “Nazi” to describe political opponents. Stewart’s team did a typical round up of the many (MANY!) times O’Reilly has characterized his enemies in this way. Advantage, Stewart! Watch the clip here.

Geekosystem reports that the Egyptian government, in an attempt to exert some control over protesters in the country, has effectively shut off the internet. There is no Facebook, Twitter or YouTube access to be had, a move that makes many nervous since those sites are typically a good way to broadcast amateur coverage of political unrest to the rest of the world. To read the full post, click here. 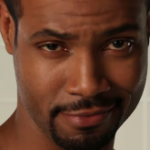 Styleite has good news for anyone who appreciates handsome dudes in commercials! Isaiah Mustafa, or the “Old Spice Guy,” has returned with a new ad in which he’s shirtless as ever. At this point the ads are really selling Isaiah Mustafa more than anything else, but who cares? No one, that’s who. Watch the ad here.

Sportsgrid has an interesting map that redraws the United States according to pro football allegiances. If we created states that way instead, Cowboys and Broncos fans would end up electing half of Congress. Scary or genius thought? Take a look at the map here. 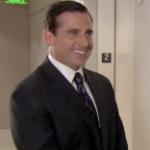 Awesome! Gossip Cop has a brief cameo by Ricky Gervais on “The Office,” in which he crosses paths with Steve Carell for the briefest of moments. It’s almost too much comedy royalty in the same room. To watch the clip, click here.