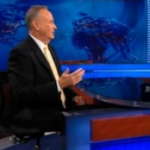 Mediaite has an extended interview from The Daily Show With Jon Stewart, in which Stewart sparred with frequent guest of the show Bill O’Reilly about the marginal tax rate, “class warfare,” and $16 muffins. The extended interview is really worth watching — see it here. 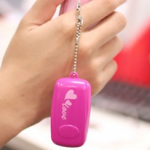 On Geekosystem: Japan (and really, are we surprised that it’s Japan) has come up with a solution to the problem of unwanted bathroom noise. For a mere $31, you can buy a keychain-sized device that emits “toilet flushing sounds” for 25 seconds so as to disguise the noise of normal human bodily functions. Because what better place is there to feel ashamed of your human body than the bathroom? Get the full post here. 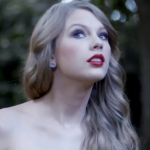 Styleite acknowledges that all perfume commercials are the worst, but this teaser (TEASER!) for Taylor Swift’s new fragrance might take the cake. First of all, it’s a preview for a commercial, and second of all, not all girls only ever dream of being fairy princesses! You can watch the teaser (!!!!!) here. 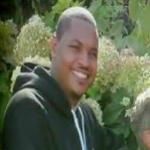 Sportsgrid covers Carmelo Anthony and Chris Bosh’s appearances on “Law & Order: SVU” last night. Wait, what? There weren’t any struggling Broadway actors who could full those roles? Are they the new Benson and Stabler???? To read the full post (and see a clip of their cameo), click here.

Gossip Cop has a live stream of the Conrad Murray trial, which entered its third day this morning. Dr. Murray is being sued for the wrongful death of Michael Jackson in 2009. To watch the live stream, click here. 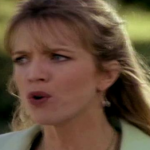 The Mary Sue has just what you need on a Thursday: a supercut of movie and television characters sneering “This is the 90s!” at one another. To see what pop culture perfection looks like, click here. 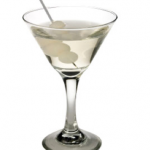 Mogulite has a rundown of four popular cocktails that were actually named after titans of industry. Do you know what a Gibson, a Brandy Alexander, or a Buck’s Fizz is? They will tell you! Wait, “THE MARGARITA” was named after a mogul??? Get the full post here.