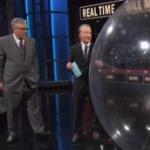 Mediaite has a nifty little piece of performance art from Keith Olbermann and Bill Maher in which they scream things about climate change and science at a random guy encased in a bubble, who is supposed to represent the average Republican voter. I mean, there’s a reason neither of these dudes went to art school. Watch it here. 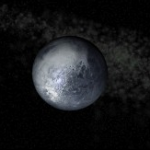 Geekosystem reports that there is a possible life-supporting ocean located at Pluto’s core. Does this mean it gets to be a real planet again? No? Still a dwarf? What does it take around here? To read the full post, click here. 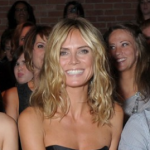 On Styleite: Heidi Klum is dangerous! That is, Googling her makes you at risk for downloading more viruses and spyware than almost any other celebrity. To see a list of other highly internet-dangerous stars, click here.

On Sportsgrid: Jim Leyland, team manager for the Tigers, has decided to help his team by wearing the same pair of underwear until they lose. Does he, uh, have a wife or someone who can talk him out of this? To read the full post, click here. 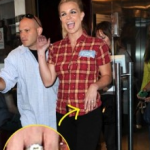 Gossip Cop investigates a rumor that Britney Spears may be engaged, after the pop star was seen wearing a diamond on that finer. Nope — just one she’s worn before, with similar results. Get the full post here. 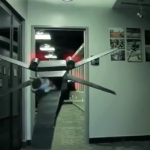 On The Mary Sue today: it’s Friday, and that means we’ve got JEDI KITTENS! See them here. 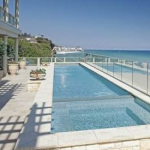 Mogulite reports that a house on “Billionaire’s Beach” in Malibu is being sold for a mere $22 million, and people are outraged! Outraged, I say! To read the full post, click here.